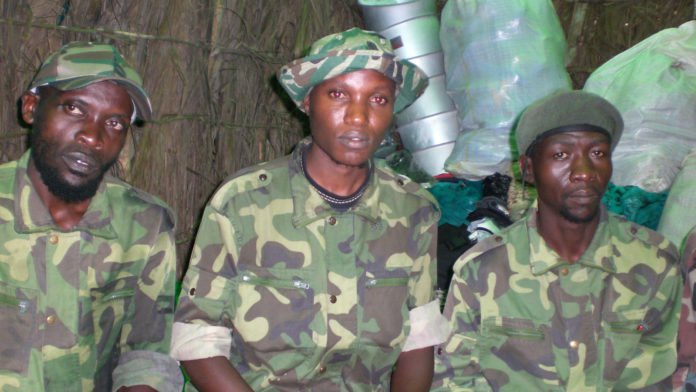 Four Ugandan nationals were among the six suspected members of a Ugandan rebel group, Allied Democratic Forces (ADF) who the DR Congo government has opened case against suspected perpetrators of Beni massacre

The North Kivu military court over the weekend unwrapped a case against six suspected members of a Ugandan rebel group, accused of carrying out the recent massacre of civilians in Beni, eastern DRC.

The suspected members of the ADF, were equally being sought by the military for participating in an insurgency and committing crimes against humanity through killings, terrorism, rape and looting.

During their identification, suspect Muswabo is said to have been recruited in Uganda and enrolled in ADF about five months ago. He was charged with mounting and dismantling weapons for this Ugandan rebel group.

On the request of lawyers of the suspects, the North Kivu military court postponed the hearing of the cases to Monday. They said they had made the request to prepare for the defense of their clients.

The case began just a week after suspected members of ADF massacred about 50 civilians in Beni town.

Immediately after the massacre by these rebels in Beni, DR Congo President Joseph Kabila termed the attack as “pure terrorism” and urged DR Congo’s partners across the world to help end the ongoing terrorism in the east of the country.

The United Nations and humanitarian organizations have accused ADF rebel group of killing over 600 people in Beni territory, North Kivu province, since October 2014.