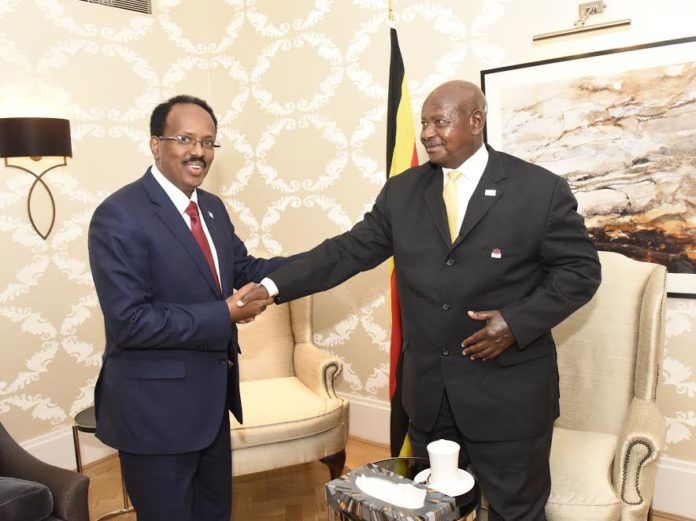 President Yoweri Museveni has met and held a meeting with President Uhuru Kenyatta of Kenya who paid a courtesy call on him at his residency at the Taj 51 Hotel, St. James Court in the United Kingdom.

Museveni later held a meeting with Mohammed Abdullahi Farmaajo, the President of the Federal Republic of Somalia. 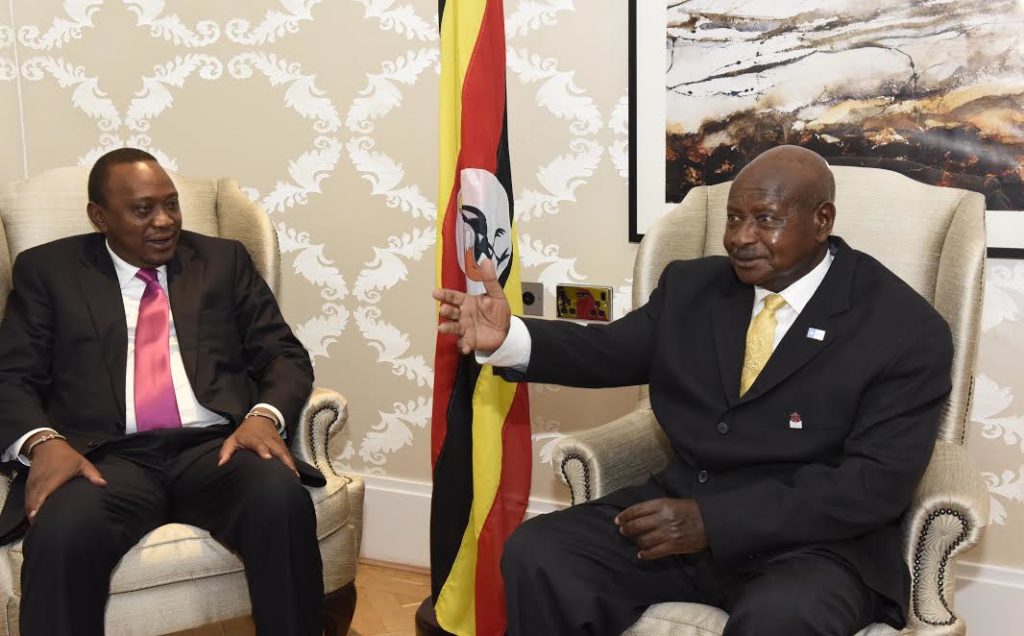 President Farmaajo thanked President Museveni for Uganda’s support to Somalia peace processed and urged him to support his countries need to build a strong army and security pillars in his country.

The leaders had been attending the just concluded International Conference on Somalia, at Lancaster House in London, United Kingdom.

Four countries in the African region license vaccine in milestone for...