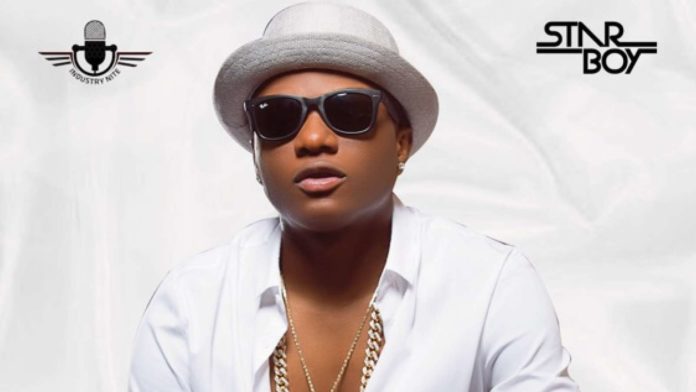 Following the last minute cancellation of his show dubbed “WizKid Live in Kampala”, the Nigerian crooner has since been the most hated musician in Uganda.

Though, he appears to have found the key to finding forgiveness from his Ugandan fans.The ‘Dadiyo’ hitmaker has announced that he will be holding two free shows in Uganda as a compensation for the missed show last year.

“I’m doing free shows in Uganda this year! Two days free to make up for last time!” he shared the good news on twitter today.

One of the responses from his fans was, the_other_guy‏ @j03mostly: “Well I still have my ticket from last year, thanks for foxing Kampala Uganda.”

It turns out the shows are not actually free since over 25,000 fans had paid for the show but their money was never refunded even when the show was cancelled.

WizKid was scheduled to perform in Uganda in November last year only for the show to be called off on the last day.

“We regret to inform you and all of our esteemed fans that Wizkid is unable to fly to Uganda for the show as planned, on December 3, 2016, due to unavoidable circumstances,” read part of the statement released by Face TV, one of the people behind the failed concert.

Following the cancellation of the show, it was feared that Face TV, which booked the musician might have duped StarTime, the main sponsors of the show who had paid a whooping Shs350, 000,000 to the musician to perform at their show as they celebrated 6 years.

In what appeared to be avoiding legal measures from Star Times whose image had been tainted, Face TV rushed to court to request for an arrest warrant for the musician, accusing his of failing to honour his agreement with them.

“Our client then incurred substantial expenses in booking and re-booking flights, hotel, venue, advertising and promotions for the concert, which expenses grossed over US $300,000….” An arrest warrant was indeed issued by Buganda Road Court in November last year and that was the last time we had heard anything about the show not until last week when renowned events promoter, Suudiman came out and called for the arrest of Face TV officials over defrauding over 25,000 fans of their money.

“Many Ugandans by nature are the forgiving and forgetful type. After close to 25,000 Ugandans paid for the “Wiz Kid Live in Kampala” concert in December 2016, only for him not to turn up at the last minute, it appears a closed chapter. It is almost six months since the incident, but what has been done to date to bring him to book? Some of this broad day light thuggery needs to be investigated by the IGP,” reads part of the statement by Suudiman last year.

On why the artist called off the show, Suudiman said Wiz Kid’s management had been told that he was to perform in a night club. “With that lie, they negotiated a huge discount of 40%. As if that wasn’t bad enough, the booking for Wiz Kid, who was the most popular in Africa at the time, was made in Rwanda (where he performed) by people who are amateur in the business. They comprised a singer who isn’t familiar with Wiz Kid’s management and two naïve officials from Face TV.

“When I called my sources in Nigeria and the US, I landed on the truth. The organizers, Face TV were telling lies. When I called them, they rubbished me and my concerns. I asked them about WizKid’s play list for the concert and whether they had been in contact with the band director, and they were ignorant and showed me attitude. Unknown to them, I was in touch with someone in Wiz Kid’s camp two weeks to the stipulated date of the concert, but they confessed they were not even rehearsing for the concert. Then it dawned that Ugandans are being taken for a ride. I would be lying if I tell you how much money exchanged hands or what was on the documents reflected in the lawsuit reflected the real sum disbursed to Wiz Kid’s management team.”