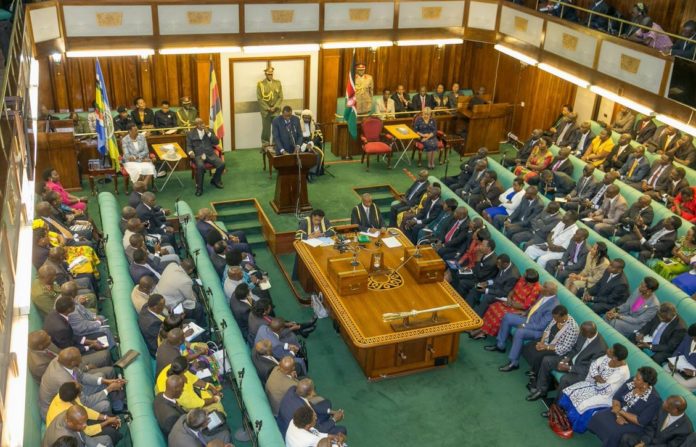 Movements around Parliament have been curtailed, following the kickoff of construction of new chambers.

Staff and guests using the gate at North wing were this morning treated to a new site after all cars were barred from parking at the parking yard, to pave way for the works.

At a Shs180 billion contract price, Roko Construction Limited is manning the works that will see the crowded current chambers expanded to accommodate the pregnant Parliament.

However, the procurement of the new chambers has been bogged by numerous petitions to Inspector General of Government, as well Public Procurement and Disposal of Assets Authority (PPDA).

But there has been bickering amongst these firms, protesting the manner in which the procurement process has been conducted.

The old chambers were built by the British colonial Government and it was meant to cater for only 80MPs, but the numbers have since shot to 427 Members Parliaments.

In fact, the matter of space has been top of priority for Parliament, with many of its own members decrying the shortage of space.

Last week, Budadiri East MP blamed the shortage of space on President Museveni, whom he accused of wrecking more havoc on the already crowded chambers, by what he claims appointing a beehive of Ministers, to crowd the front bench.

“The people who designed this House knew that the front bench shouldn’t over flow. The President must also be advised that the front bench shouldn’t over floor. The reason we are having everybody everywhere, it is because of those problems, even to the extent of getting a Uganda Peoples’ Congress (UPC) (Betty Amongi-Minister of Lands) to come and sit here.”