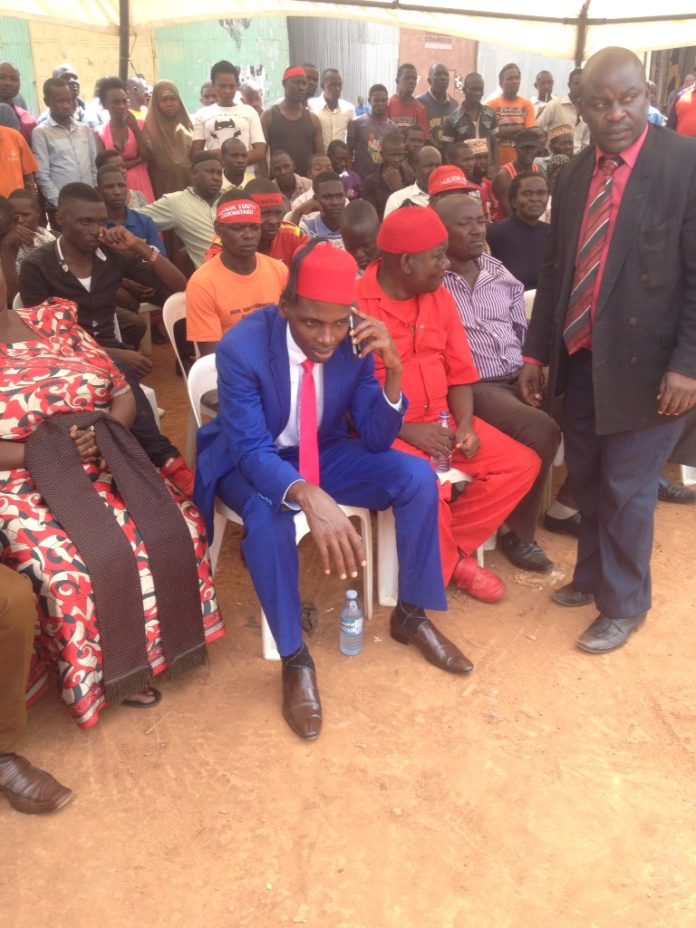 Lubaga South MP Kato Lubwama has this afternoon been arrested from Nateete.

Lubwama was picked from Lorry Park where he had gone for a consultative meeting about the private members bill is aimed at removing the presidential age limit that is capped at 75 years.

Last week the Speaker of Parliament, Rebecca Kadaga sent off all legislators to their constituencies to seek people’s views about the bill however opposition MPs resorted to joint consultative meeting in a particular constituency every day. They started from Nakawa, preceded to Kalerewe and Kasubii where the meeting was disrupted by police with tear gas and live bullets as MPs ran to save their live.

Yesterday opposition MPs vowed to go on with their joint consultative meetings rubbishing police directives of banning joint meetings restricting them to their own constituencies. However in the afternoon, police besieged Nateete Lorry Park where Kato Lubwama was supposed to hold his rally about the controversial bill.

Earlier police said that they would only allow Lubwama to execute his constitutional duty in his own constituency.

However, they did acted centrally to what they preached yesterday of allowing MP to consult in their constituencies when they surrounded the place and arrested Lubwama to unknown destination.

Upon whisking him off, teargas and live bullets rocked the place as police continued to arrest Butambala MP Muwanga Kivumbi as it blocked Makindye East legislator Ibrahim Kasozi, Kalungu west Joseph Sewungu from accessing the venue for a joint consultation as people watched from distant place.