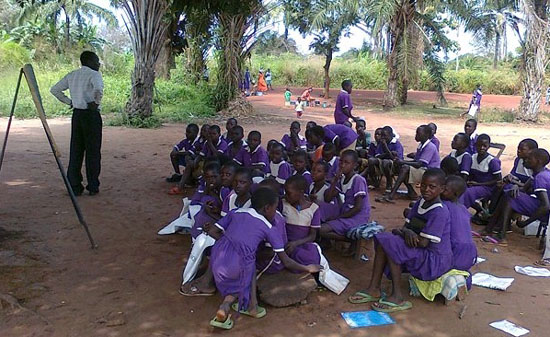 Kampala: A WhatsApp group, Busoga Think, has launched a campaign to raise Shs10, 000,000($2700) to buy books for the ten worst performing primary schools in Busoga.
Dubbed #BuyABookForBusoga, the campaign was sparked from a challenge within the group go move beyond rhetoric to having tangible solutions for the problems in the region. The campaign moved from the group to other social media platforms including Twitter and Facebook.
“Busoga is faced with very problems; in education in particular, some schools don’t have teachers. Some don’t have classrooms. But we have chosen to start with the low hanging fruits.
“Some of us never had personal copies of The Nile English Course in primary but our village schools had copies and that is how we learnt some good English. We strongly believe the books will go a long way in helping those vulnerable children,” Mr Isaac Imaka, the lead mobilizer of the campaign said.
The books to be bought, according to Mr Imaka, are text books on syllabus and UNEB question pamphlets.
“We are looking for only shs10M to cater for 10 schools. We cannot target the entire Busoga. But in case we collect more money we shall cover more schools,” he said.
Despite the improved performance in some regions over, 75 per cent pupils failed exams and Five of the 10 bottom ranked districts were from the Eastern region especially Busoga.
Jinja municipality was ranked the 5th best performing district salvaging the image of the region, Namutamba district led the pack of failures as three quarters of pupils in Buyende, Iganga and Mayuge districts failed.
A willing contributor to the cause is required to mobile money shs20000 ($5.4) to +256772668626 or +256702681058 both in the name of Ms Sarah Bawaye, the campaign’s treasurer.
“We want those who believe in the cause to talk about it on their social media platforms. It does not end with through the shs20000. We call up on all contributors to tweet and Facebook about the campaign,” Mr Imaka said.
Mr Imaka, is also the co-founder and Editor at Eagle Online.
By the time of publication, the campaign had raised shs520, 000($140).
Started two days ago, the campaign is planned to go on for three weeks.