It has emerged that former Executive Director in charge of Supervision at Bank of Uganda, Justine Bagyenda lied to parliament that she had traveled out the country.

In a detailed telephone printout that has since leaked, Bagyenda was at Mbuya as shown by the leaks and on that same day, she received several calls. 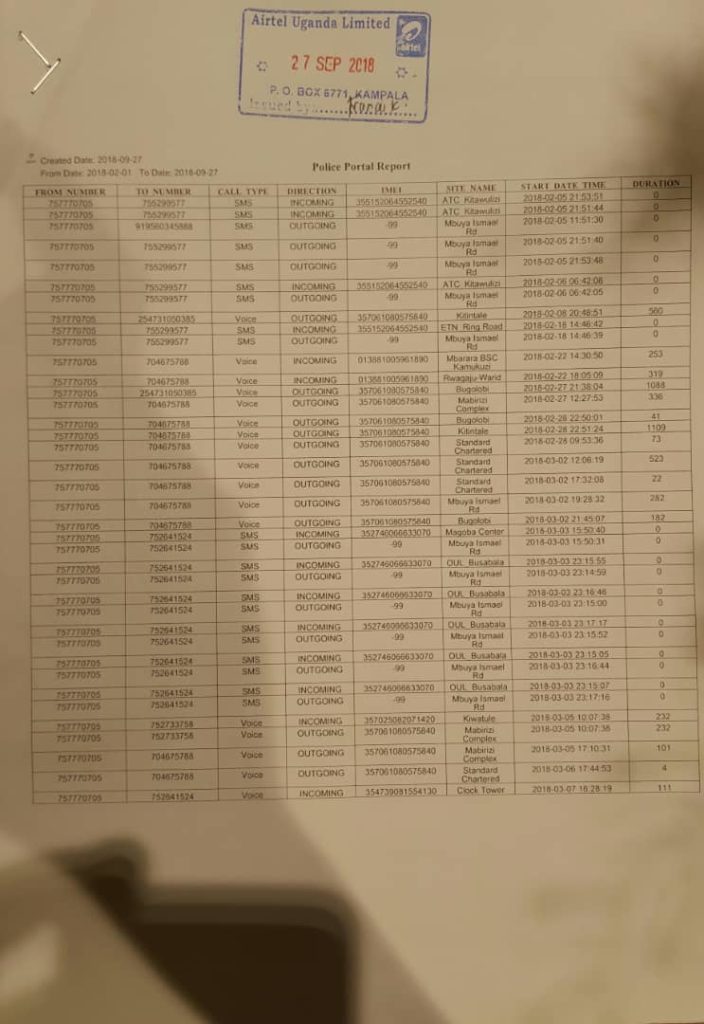 Bagyenda snubbed appearing before the appointments committee of parliament which is chaired by the Speaker Rebecca Kadaga to defend herself in order to be reappointed on the board of Financial Intelligence Authority (FIA). Bagyenda and other board members were supposed to appear before the committee for vetting after they were reappointed by Finance Minister, Matia Kasaija.

However, Bagyenda wrote to the committee indicating she had travelled out of the country. She decided not to make a show after it emerged that several people had petitioned the committee over her past record at both BoU and at FIA.

Bagyenda is being investigated for illicit accumulation of wealth and property by both Inspectorate of Government and same FIA, a body she is supposed to superintend.