The controversial sale of Crane Bank Limited (CBL) in which Bank of Uganda (BoU) was the seller and Dfcu Bank the buyer, continues to haunt both sides since the transaction was done in January 2017.

The latest development that BoU and Dfcu Bank have to deal with now, is the decision by over 400 former workers of CBL to sue them in the courts of law for breach of contract, which led to the workers losing their jobs without compensation.

The employees are seeking for general and punitive damages arising from unlawful termination of their respective contracts of service after they were transferred to Dfcu Bank Limited by BoU.

The plaintiff are being helped by the Centre for Legal Aid.

The new development at the time when Parliament’s Committee on Commissions, Statutory Authorities and State Enterprises (Cosase) has resolved to summon Bank of Uganda (BoU) top officials for inquiries next week as regards the closure and sale of seven commercial banks, including Crane Bank Limited (CBL).

Cosase Chairman Abdu Katuntu (Bugweri Constituency) said at parliament that the investigation will be based on findings of the Auditor General John Muwanga. “We will begin with the BoU board. The governor (Prof. Emmanuel Tumusiime-Mutebile) is the Board Chairman and the deputy governor (Dr. Louis Kasekende) is the deputy Board Chairman,” Mr. Katuntu said. 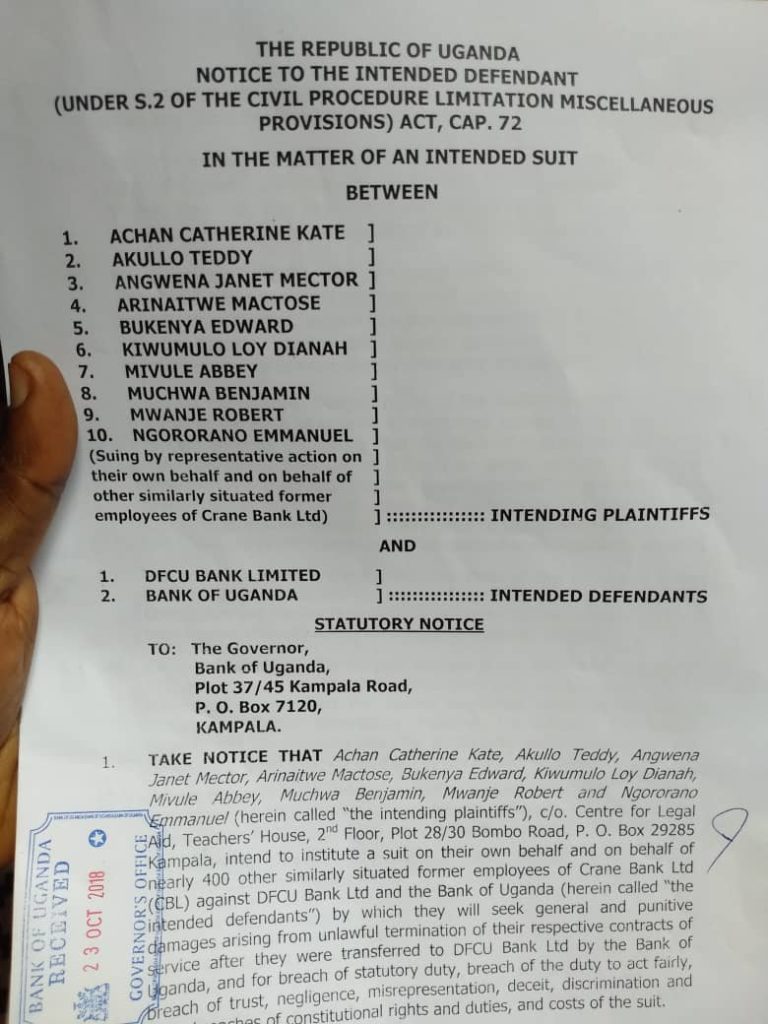 The Committee will quiz the BoU officials using the forensic report by the Auditor General John Muwanga which revealed the rot ranging from unaccounted for money, missing land titles, disputed payments to external lawyers and customer loans that were inherited from closed banks and sold at an undervalued rate without justification. 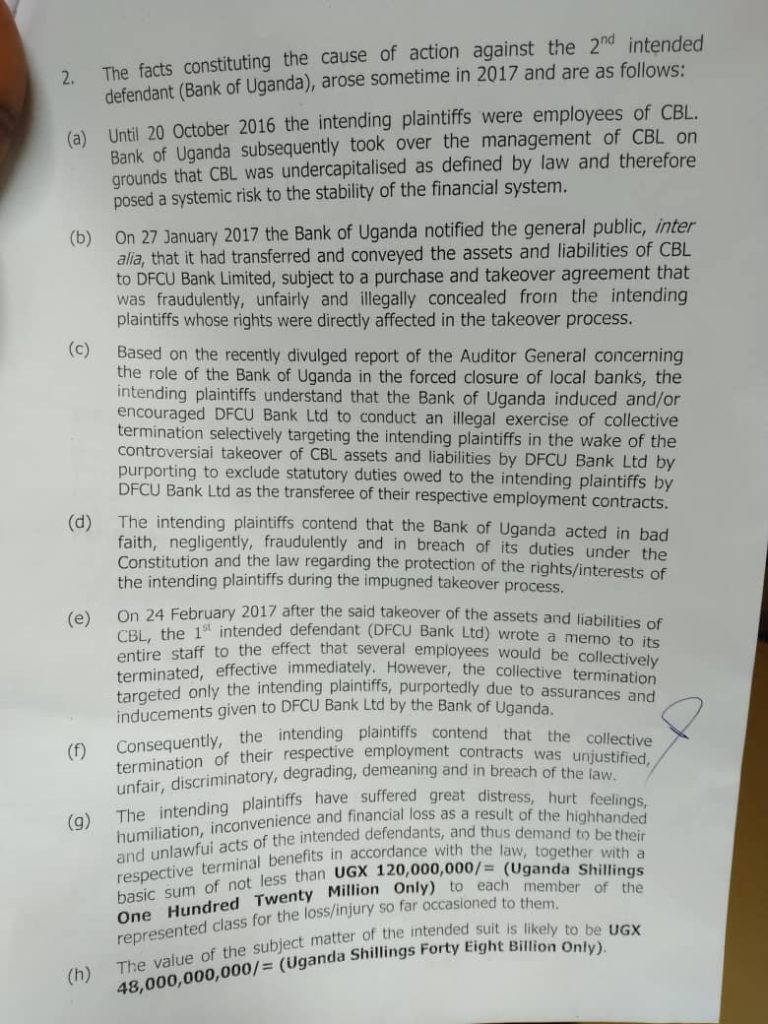 The report says assets worth Shs23 billion formerly owned by Global Trust Bank (GTB) Uganda were not transferred to dfcu in the purchase and assumption agreements when the bank was closed in July 2014. Some of the assets were: cash balances (Shs6.6 billion), amounts due from other banking institutions[Shs2.3b], other assets (Shs5.1 billion),amounts due from group companies (Shs9 million), property and equipment (Shs5.6 billion),intangible assets(Shs758 million) and deferred tax (Shs2.4 billion).

Auditors in the report say they could not trace Shs9 billion which was taken from other banks as the inventory report highlighted then. The money was not reflected on the recovery account. The Committee chairperson, Abdu Katuntu yesterday said that Cosase would a preparatory meeting today.

The committee is expected to summon a number of other individuals such as; Justine Bagyenda, the former director of supervision at BoU and the dfcu managing director, Mr. Juma Kisaame, as well as the former owners of the seven defunct banks.

Finance minister Matia Kasaija could be summoned over the sale of closed banks.
Mr. Muwanga has also faulted BoU officials for selling CBL assets and some liabilities to dfcu bank without valuation as they depended on Dfcu’s inventory report to sale CBL at only Shs200 billion paid in instalments.

The auditors wonder why BoU sold 79 per cent of the loans it inherited from International Credit Bank, Cooperative Bank and Greenland Bank in 2007 despite having closed the banks in 1998 and 1999.