The former Bank of Uganda Executive Director of Supervision, Mrs.Justine Bagyenda has gone out of the country following her appearance before Parliament’s Committee on Commissions, Statutory Authorities and State Enterprises (Cosase) which is probing BoU top officials over the controversial liquidation of seven commercial banks.

I letter dated November 22, and addressed to the Governor BoU, Prof.Emmanuel Tumusiime-Mutebile and copied to his deputy Dr. Louis Kasekende and Cosase Chairman Abdu Katuntu, Mrs. Bagyenda said she was going to attend to some engagements she says were confirmed before Cosase invited her to give her side of the story in the sale of the banks. 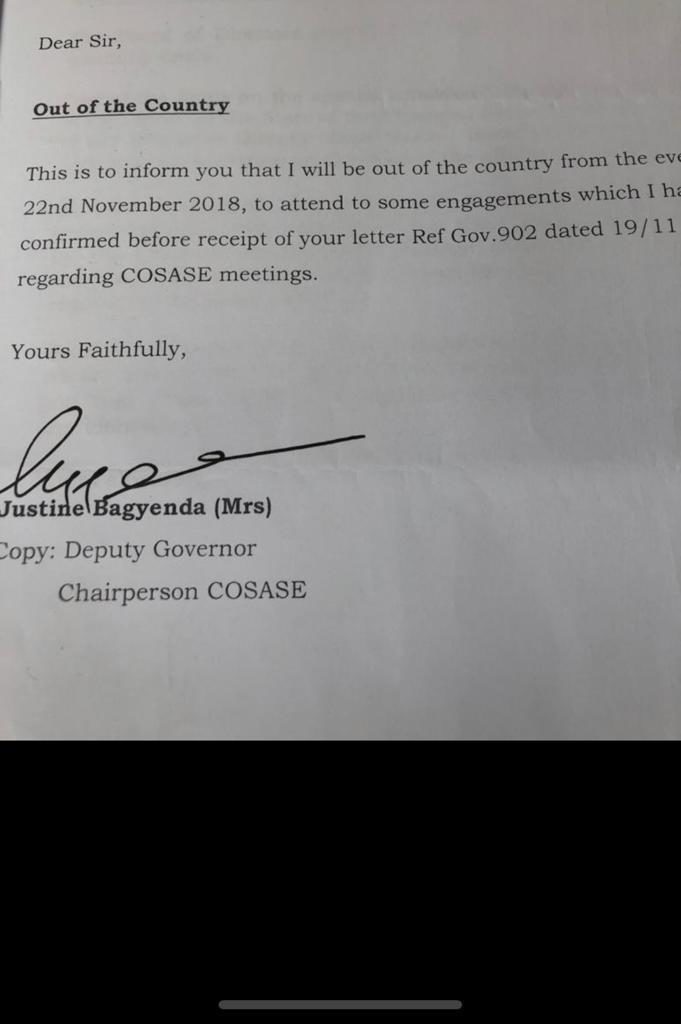 “This is to inform you that I will be out of the country from the evening of 22nd November, 2018, to attend to some engagements which I have confirmed I had confirmed before receipt of your letter…dated 19/11/2018 regarding COSASE meeting,” the letter reads.

Mrs. Bagyenda appeared before Cosase on Wednesday and Thursday as witness in the liquidation of banks but her responses did not help much the MPs. On Wednesday she said she was denied access to documents in BoU while on Thursday she said she sent quarterly reports about the liquidation of Greenland Bank to office of the Governor but he denied he ever received such reports.

Mrs. is said to have hidden some of the required documents.