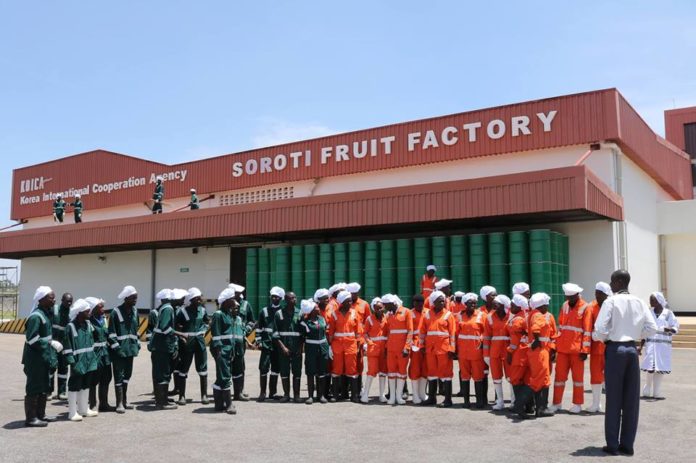 The factory has been built by Korea International Cooperation Agency (KOICA) who signed a memorandum of understanding with the government of Uganda through Uganda Development Cooperation in partnership with the Teso Tropical Fruit Growers Cooperative Union (TETFGCU) who decided to establish a fruit processing factory in Soroti District to take advantage of the abundant citrus crop in the Teso sub-region and the high yield per tree.

The government of Uganda provided land, water, electricity and tarmac roads as the government of South Korea committed $7.4 million for the machinery and training of factory personnel.

Construction of the factory began in April 2015 and was scheduled to be completed in May 2016, Installation and commissioning the machinery and equipment was anticipated to be done by October same year.

The factory was scheduled to commence commercial operation in November 2016 however after years of delay, the factory began test runs of its production lines in May 2018, with commercial commissioning planned for August 2018.

Production is planned to be phased, starting with one, eight hour shift and gradually increasing to two and eventually three daily shifts.