There was splendor, feasting, entertainment and laughter as the 2019 edition of the famous Royal Ascot Goat Races was launched Thursday at the striking Kabira Country Club in Kampala, attracting Kampala’s fun lovers such as celebrities Judith Heard and Salvador who played the role of MC just like he did last year.

The organizers, who include Rajiv Ruparelia and his sister Sheena Ruparelia said the event expected to attract crowds will take place on October 12, 2019 at its traditional home at Speke Resort Munyonyo where the goat race track that overlooks the lake is the centre of attraction with food, seating areas and hospitality tents sprawled across the gardens.

The Royal Ascot Goat Races, held at the Speke Resort on the shores of Lake Victoria, have been an annual Kampala tradition since 1993. It’s arguably the biggest event on the Ugandan social calendar and many fans are expected to attend the affair that started in 2004 as an annual charity event.

Ascot Goat Races is always an amazing experience to attend the Royal Ascot Goat Races as it is big on fun – music, good food and beverages, networking and the goats racing. The organizers have managed to hold on the sponsors of the previous edition, according to the details on the launch invite.
Uganda Breweries Limited Tusker Malt return as the main sponsor with Robbialac, NTV, Goldstar Insurance, Sanyu FM and Speke Resort Munyonyo, Ruparelia Foundation being the other sponsors.

Speaking at the launch, Rajiv, the event coordinator, described the Goat Races as easily the most popular event on Uganda’s social calendar for all the time they were held. He said the event offers great networking environment where people can network for business as corporate companies use the event as platform to entertain and engage their customers whilst meeting new people but also that it is good for a family day out.


Different sponsors (corporate companies) said they were happy to be associated with the event that is aimed at giving back to the community.

The VIP tent at the event is reserved for race owners and goat buyers. It is known for its big set up, luxury feel and complementary F&B. A, safe enclosure with high network value. Some fans bought their goats at the launch on Thursday evening. 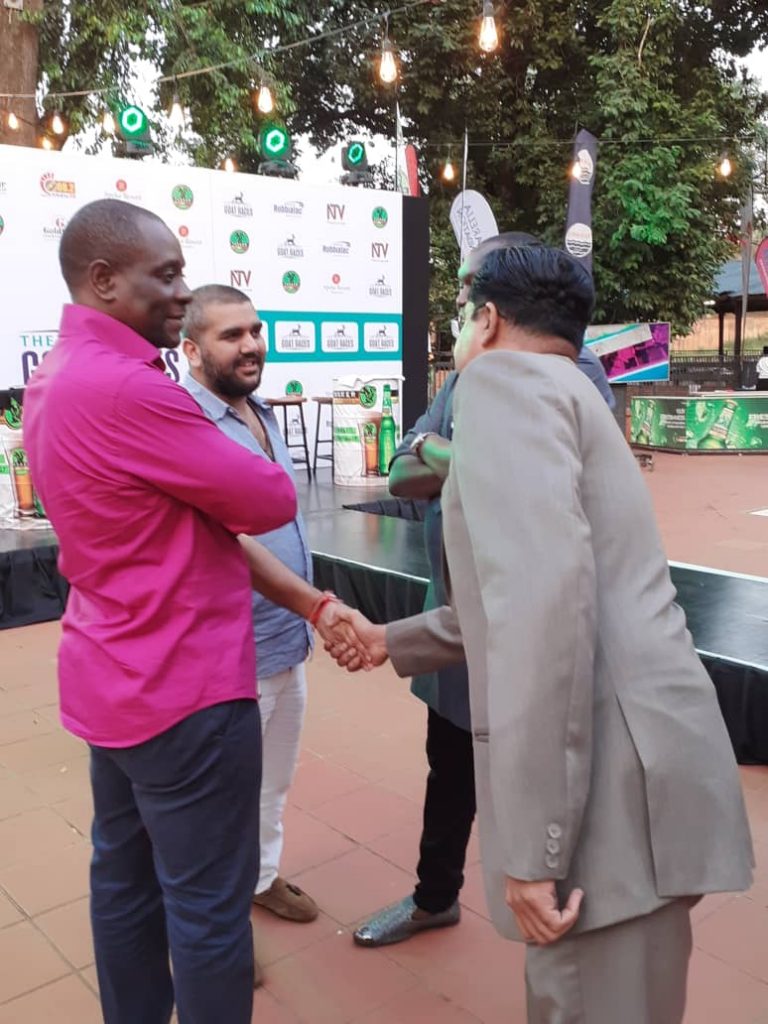 The event is an occasion for fans to be dressed up in the most fanciest of hats and outfits. There are top prizes for best dressed couple, female, male and kids.

Fans can bet on the goats and the first, second and third place winners receive cash from the eight races, each consisting of 10 goats.

A goat race sponsor entitles one to naming of the race, branding around the track and on event screens, prize giveaways, tickers to enter the owners tent and free entrance to the event. You can also buy a goat to participate in any one or all the races. Each goat prize is determined by the price of the race you can name your goat, and entitled to tickets to the owners tent. Freed entrance is guaranteed. Goat prices range between Shs500, 000 to Shs1 million. Race prices on the hand range between Shs5 million to Shs10 million, with races of Shs6 million, Shs7 million and Shs10 million already sold to EROFOLEX, Orient Bank and Gold Star Insurance respectively. 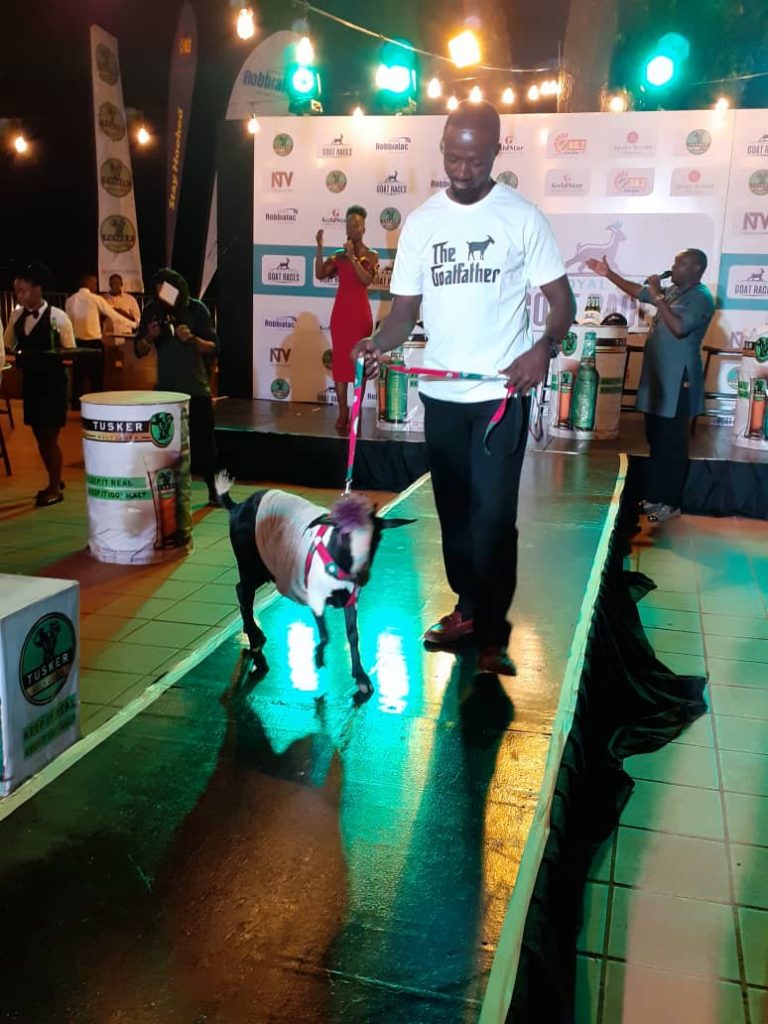 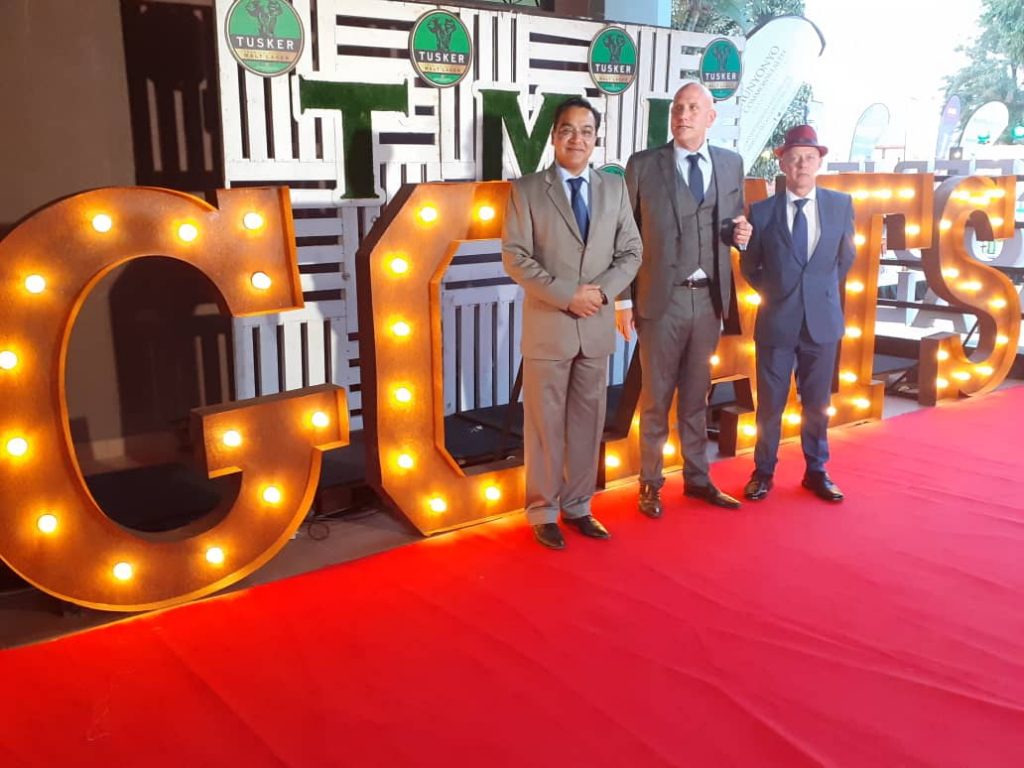 The Royal Ascot Goat Races money is to be used to improve hygiene and sanitation at Good Samaritan Primary School in Kamwokya slum where toilets and other sanitation facilities will be provided. It is part of the social corporate responsibility of the Ruparelia Ground and Ruparelia Foundation. Last cash collections from the event funded Totos Tag Rugby and Outreach programme benefiting. Under the programme 250 children were supported to train at the Kyadondo Rugby Club.