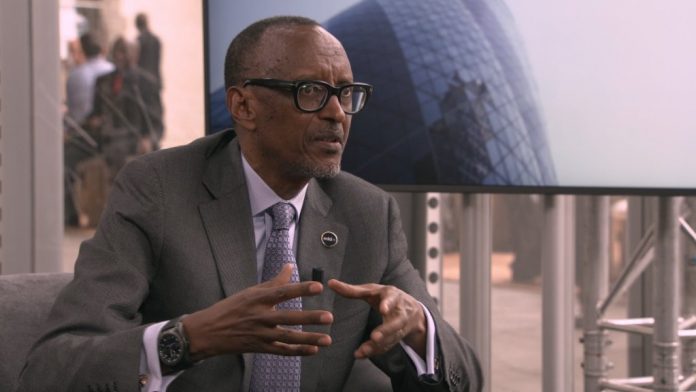 Journalist claims President Kagame does not understand difference between human rights and development. He writes as below:

There is no doubt that President Kagame has done a great job in the area of infrastructure development in Rwanda. Many people wrote off Rwanda after the 1994 massacre, but the president has succeeded in turning the narrative. Today, the country does not look like one that experienced such a devastating civil war like it did in 1994.

One area however where President Paul Kagame has continued to receive hard knocks is that of human rights and his handling of the opposition.

It is not news that the president treats those who do not share his opinion as criminals and enemies of the state. This is uncalled for, especially in a country that claims to practice democracy.

Many human rights organizations and activists have continued to criticize Kagame for his actions and human rights violations. The president has continued to remain adamant and refused to yield to the calls that try to remind him that he is no longer the military leader he once was.

Perhaps the president needs a lecture on the difference between human rights and development. He needs to understand that one does not cover up for the other.

Again, the president has lashed out on a recent human rights report on the country. This time, the report came from the European Union (EU). The recent EU Human Rights Report placed Rwanda as a country of concern which experienced a large number of human rights violations.

President Paul Kagame has referred to the report as ‘Ridiculous ‘and ‘Rubbish’.

As usual, he accused the EU of turning a blind eye to the development the country has experienced since the 1994 civil war. What the president doesn’t understand is the fact that this is entirely a different matter.

The president made his opinions known during an interview with France24’s Catherine Nicholson on the sidelines of the European Development Day in Brussels.

Kagame said that Rwanda was a different country compared to what it was 25 years ago, challenging Nicholson to look at what he called Europe’s failing human rights record, especially its treatment of migrants.

“Europe is violating people’s rights, with this problem of people being bundled and sent back to sink in the Mediterranean and so many people being mistreated in your own country.

“You (Europe) really need to stop this superiority complex nonsense about human rights. You think you’re the only ones who respect human rights, and all others it’s about violating human rights. No, we have fought for human rights and freedoms of our people much better, and more than anyone including you people who keep talking about this nonsense.

“Where we have taken a country and where it is now, speaks for itself”, Kagame said.

The president needs a lecture on the difference between development and human rights, don’t you think?

Five scenarios for Brexit: From comprehensive deal to full-scale rupture