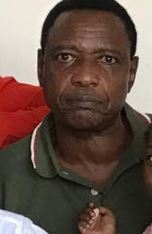 On October 2nd 2018,Mr Ntebakaine entered into a loan agreement with Prime Finance and borrowed $200,000.

The loan was for two months and the businessman later issued post-dated cheques worth $210,000.

In its suit,Prime Finance had noted that in the event that the businessman failed to pay the loan,it was to accrue a weekly interest of 0.60% until the outstanding balance was fully cleared.

On November 27th,Prime Finance says it presented the cheques businessman Ntebakaine had offered but they were bounced by the bank because they had insufficient funds.

In January 2019, businessman Ntebakaine deposited $19,980 as partial payment for the loan and a further $28,880 as part payment for his loan obligation.

With the businessman failing to clear his loan,Prime Finance was forced to hire a private lawyer and the matter went to court.