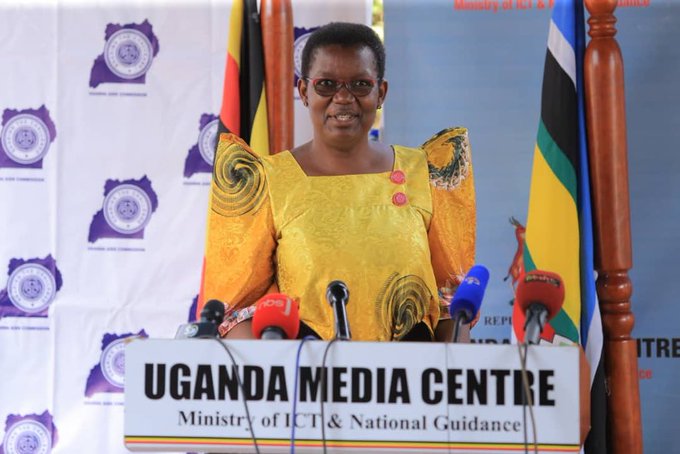 Speaking earlier today, the Minister for Presidency Esther Mbayo said the review will take place on 26th and 27th August. The review is peddled at strategizing to ensure we achieve our goal of Ending AIDS by 2030.

The recently released Global HIV and AIDS statistics show that Uganda is among the front runners in reducing new HIV infections. However, there are still disparities in HIV prevalence among the various districts.

President of Uganda Yoweri Kaguta Museveni has been at the forefront in the fight against HIV/AIDS alongside other partners who have supported the National HIV Response such as the Embassy of Ireland, UNAIDS, United States Government among others.

For a long time the epicentre of HIV was Rakai alongside other thriving urban centres and many districts in Uganda such as those along the highways and rapids commercialization in the Karamoja region did not have any cases of HIV infection. However, to date, every district in Uganda has cases of HIV.” said Hon Esther Mbayo, Minister for the Presidency.

“Because the achievements in reducing HIV prevalence have not been shared equally between districts, it is important that we act with urgency to achieve our goal of Ending AIDS in Uganda by 2030” she said

HIV infection in Uganda is gendered with prevalence being higher among women at 6.8% than men at 4.2%. 2.8% among young women and 1.1 per cent among young men. Amongst older adolescents and young people, prevalence is almost four times higher among females than males. Despite numerous HIV prevention interventions, there is increased engagement in risky sexual behavior including multiple sexual partners, low condom use among those engaging in high risk sex and decline in age of sexual debut; widespread self-stigma, low uptake of couple testing, and significant proportions of people, especially men living with HIV, who do not know their HIV status.

“We need to implement behavior change interventions and disseminate messages for HIV prevention to reduce HIV infections; pay attention to the vulnerabilities and risk factors in the general population apart from concentrating on only the urban hot spots and also roll out the local funding sources such as the One Dollar Initiative to ensure sustainability of the response if we are to End AIDS as a public health threat by 2030.” She said