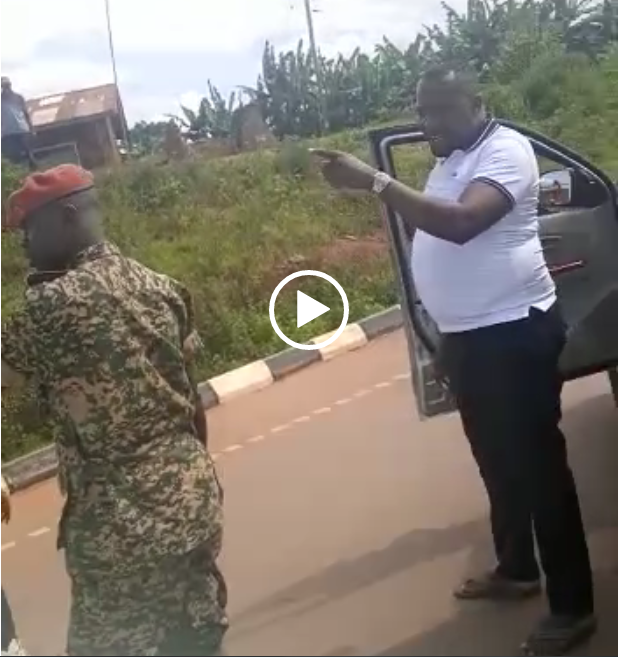 In a viral video making rounds on social media which has since drawn ire among members of the public, two unidentified UPDF soldiers and their boss are seen confronting a man who is believed to be a driver of a saloon car- a Toyota Altezza, white in colour.

During the scuffle, two ladies who are occupants of Altezza are heard shouting in luganda that it is the army men who made a mistake while on a road. The ladies insist that such acts tarnish the image of the regime.

The man with the soldiers has been identified as Yiga Kissakyamukama. 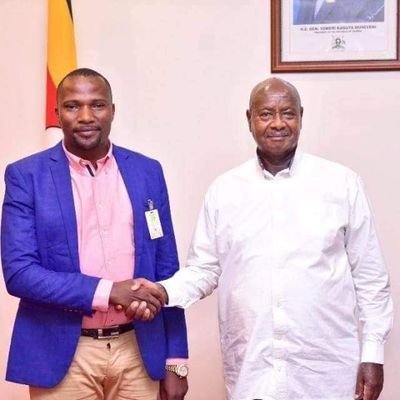 Yiga, together with his soldiers attempted to shoot two ladies and a man for allegedly knocking his double cabin pickup registration number UBJ 378E.

One of the soldiers clad in military police uniform draws an AK47 to the civilian he held by the neck as he vowed to him.

The scuffle becomes tense as Mr Kissakyamukama ascends to pounce the driver who is already on gun-point. The driver fights to defend himself by engaging the soldier.

The second soldier disarms his colleague but a vividly raged military man pulls out a pistol and again vows to shoot.

Yiga Kissakyamukama resides in Lungujja, Katongole Estate staying with the two military guards. He often tells his neighbours that he is related to President Museveni. He once contested as Secretary for Labour and Affairs within NRM. He has pictures of him with President Museveni hanging in his house.

The army hadn’t spoken about the matter by the time of writing this story.