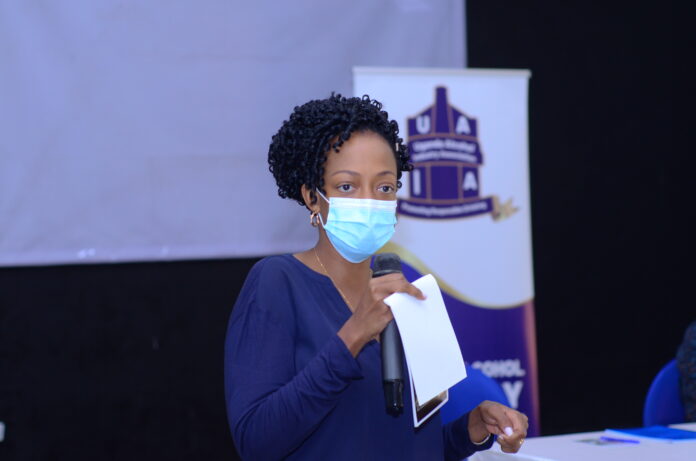 The change was made during the association’s Annual General Meeting at Kati Kati Restaurant recently, where Ms Kagwa, the former Secretary-General, joined Nile Breweries Limited’s Onapito Ekomoloit, who has retained his position as Chairperson and Srinivasa Reddy of Premier Distilleries, who remains the association’s Treasurer.

UAIA is an umbrella body bringing together the registered and regulated producers of adult beverages in Uganda. It was formed in 2006 to align the interests of the manufacturers and promote the responsible consumption of alcoholic beverages.

The association recently unveiled a report on the illicit alcohol market in Uganda, which highlighted the social and economic impact of the continued proliferation of illicit alcohol on consumers.

The report titled Understanding and Sizing Illicit Alcohol Consumption in Uganda contains findings from research conducted in 2020 by Euromonitor International. Among others, it shows that; illicit alcohol makes up 65% of the total market volume in Uganda; its consumption grew by 9% in the last three years, and this increased during the lockdown due to the closure of entertainment establishments.

Additionally, the report found that an approximated Shs 1.6 trillion in revenue goes unrealised by the government and Uganda Revenue Authority due to tax evasion, which is a result of a lax culture of enforcement of the Enguli act, which prohibits the manufacture and consumption of Enguli (alcohol) without a license.