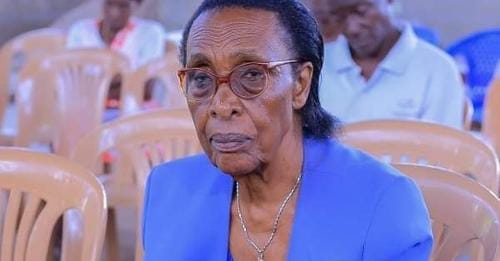 The 81 year old passed on yesterday at Mulago hospital.

Margret’s body arrived at her home and alluding to the tentative burial program, there will be a service later starting from 4PM.

According to the program, she will be laid to rest on Saturday at Bulongo Village, Kkooki. Before the final send off, there will be a funeral service at Nateeta Martyrs Church starting from 10:00AM.

She met her husband the late Kamya who had gone to Nakuru to work as an accountant. And later they got married.

In 1963, the family relocated to Uganda. Wairimu, who was born Kikuyu said she was now a Muganda and associated with the Nsenene clan of Buganda.