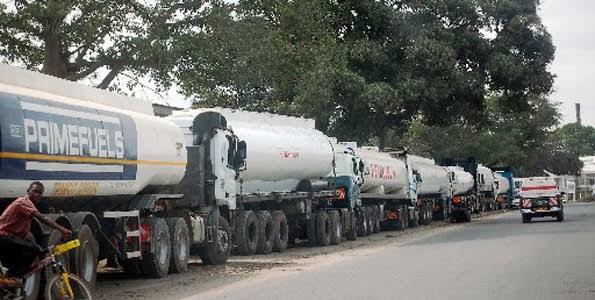 Uganda Revenue Authority (URA) has halted the enforcement of the 15 per cent withholding tax on oil marketing companies. According to URA, this is to allow for further discussions between stakeholders on the matter on Friday.

This comes after the oil marketing companies in Uganda petitioned the Ministry of Finance to intervene in a tax dispute with Uganda Revenue Authority.

URA recently wrote to the companies demanding that they remit 15 per cent withholding tax on all foreign transport payments incurred over the years in importing fuel into Uganda. The dispute has persisted since 2019 between the oil companies, some logistics firms and manufacturers.

The association says its 40 members are aggrieved that the URA is acting against the advisory opinion of the Attorney General who cautioned against such tax imposition. They add that URA’s decision to tax foreign transport payments is also unique to Uganda and against international and regional practices.

“Tanzania, Kenya, Zambia and Ethiopia are some of the countries that do not tax foreign transportation payments unless the recipient of those payments is established as a business in their countries,” Denis Kakembo, a Managing Partner at Cristal Advocates said.

The traders say that should URA insist on taxing the payments, the foreign transport service providers, who account for the bigger share of the transportation services, may withdraw their services, and if the oil dealers decide to absorb the cost of the tax, then the final consumer will bear the cost because the price of the products will be hiked.

Kakembo fears that if this tax is embraced, it will form a precedent for the tax to be applied to transporters in other sectors or businesses, including the importation of materials for the ongoing development of the oil and gas sector.

“If this tax imposition is not thought through clearly, there will be project cost overruns that may derail Uganda’s first oil projected to flow in 2025 because at the project evaluation stage, this tax imposition was never taken into account. This would also be the same on other imports and exports, provided long-distance cross-border transportation is dominated by foreign companies,” Kakembo said.

In a separate letter by Crystal Advocates to the Minister of Finance, Matia Kasaija, the lawyers say that the 15 per cent withholding tax on foreign transporters of inbound cargo, should be scrapped to preserve Uganda’s competitiveness.

Earlier in March 2020, Deputy Attorney General Jackson Kafuuzi advised Uganda Investment Authority that only the tax on transporters for outbound cargo be taxed at 2 per cent because the law was not clear on inbound cargo. The Ministry of Finance is now set to discuss the issue with the oil marketers and their legal representatives on the matter this Friday.