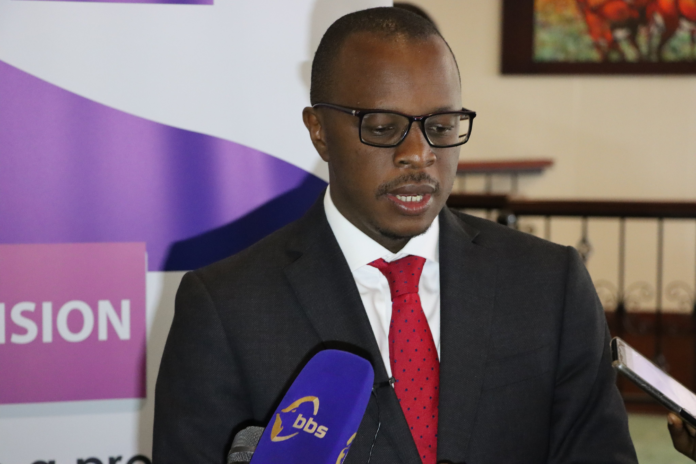 Bernard Oundo has this morning been sworn in as the president of Uganda Law Society. He was sworn in at Kampala Serena Hotel along with eight members of the council who were elected on the 10th Sept 2022.

Speaking after swearing in Oundo said he will be a President for all. “It doesn’t matter whether you voted for me or not, I won’t even remember if you didn’t vote for me, am here to serve. Let’s commit to supporting each other and achieving our common goals for our society.”

He applauded the outgoing Executive Council for all the work they have done and pledged to continue to build on the foundation they have laid.

“We commit to deliver on our pledge to promote the rule of law and good governance as well as members’ welfare and legal aid services. To government we pledge to be a constructive partner to advise, guide, and work with you in line with our mandate as a society,” he said.

He said as Uganda Law Society’s commitment to protecting the Rule of law, to promote access to justice for all Ugandans is paramount he committed to the public that ULS will stay true to its mandate and we shall do our job as required.

The former president Pheona Wall said, “I want to celebrate all the council members that I have served with during my time as Outgoing ULS president.”

“Thank you to the ULS Membership, you have been with us, you have built the ULS House during the Covid-19 period, and you responded when we wanted to rescue our members, Thank you all,” she said.