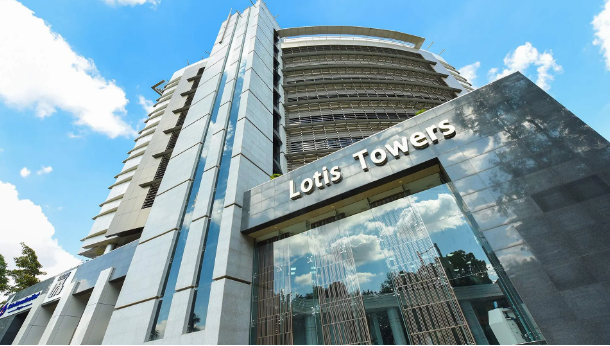 Lotigo Properties Limited, the proprietor of the condemned Lotis Towers, has filed a case before court seeking orders to stop proceedings by the Parliamentary Committee on Physical Infrastructure on the state of the building.

MPs on the committee started an investigation into the state of Lotis Towers following compression failure of a reinforced concrete column on the sixth floor of the building that threatened the structure integrity of the building.

The building was constructed by Roko Construction and completed in 2019 and tenants were ordered to vacate in August. Lotigo Properties, Kampala Capital City Authority (KCCA) and the National Building Review Board (NBRB) were summoned by the committee in September.

Through ALP East Africa Advocates, the management of Lotigo Properties wants court to declare that proceedings, orders and decisions of the parliamentary committee on Lotis Towers interfere with the powers of KCCA and the NBRB.

Senior counsel Francis Gamara filed an application that will be heard by the Civil Division of the High Court in Kampala. An ex-parte application is heard in absence of the other party.

Gamara sought “a declaration that the directives, procedures and decisions by the parliamentary committee on physical planning concerning Lotis Towers amounts to interference with the mandate of KCCA and NBRB contrary to the building control act of 2013.”

In addition, the proprietor of Lotis asked court to issue orders stopping the evacuation of the building.

Property manager Mrs. Kemigisha said that due diligence was not done by KCCA in terms of inspecting the building before recommending the occupants to vacate.

“The third respondent’s [KCCA] indefinite orders to entirely vacate the applicant’s building which was issue without visiting the building and in the absence of a technical structure integrity report is improper and unreasonable,” Kemigisha said.

On August 17, KCCA director of engineering, Eng. Jacob Byamukama had directed that all occupants vacate the Lotis Towers.

Kemigisha said an assessment was carried out by project engineers M/S Armstrong Consulting Engineers Limited and a report was issued indicating that Lotis Towers was fit for occupation. She said a copy of the report was submitted to the relevant authorities on August 29.

Kemigisha added; “the actions of the respondents in insisting on the vacation of Lotis Towers without a technical assessment report contradicting or challenging the report submitted by M/S Armstrong Consutling Engineers and M/S Armstrong Consulting Limited is irrational.”

She stated that most of the members of the parliamentary committee on physical infrastructure had premeditated hostile views towards the agents of Lotis Towers, thereby acting without impartiality. She asked court to deal with the case on its merits.

Kemigisha explained that when the crack was reported, the management took responsible steps and the matter was reported to the engineers who subsequently rectified the problem.

They said many buildings have collapsed within the city, but the committee has never visited those sites. The proprietor wondered why the committee singled out Lotis as a subject of investigations.

Lotis Towers is a 14-storied upscale building at plot 16 MacKinnon road, Nakasero and was commissioned in 2019. It houses the Judicial Service Commission-JSC, Cairo Bank International, British American Tobacco-BAT, and the Democratic Governance Facility-DGF among other offices.