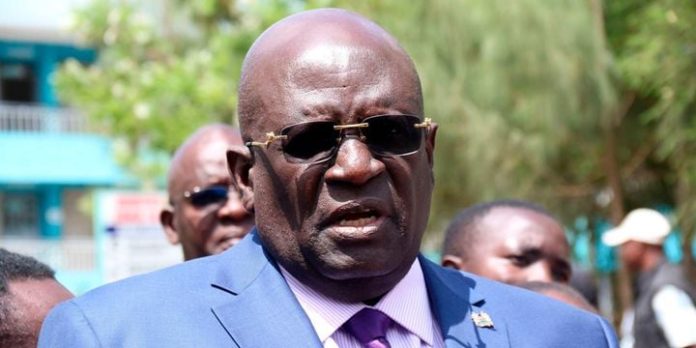 “Yes it is true. He is no more,” his wife Dr Barbra Magoha told the Nation.

He died at Nairobi Hospital on Tuesday following a cardiac arrest.

He was reportedly rushed to the facility today after falling ill.

Prof Magoha was known as a tough-talking and no-nonsense CS during his time at the Education Ministry.

He leaves behind his wife Dr Magoha and son Dr Michael Magoha.

News of his death comes just days after Maseno University announced that he would be joining the institution as a professor of surgery at its School of Medicine.

The Nation understand that he had just commissioned his memoir last week, while also gearing up to settle in his new role as a don at the university.

His death is a double blow to the Magoha family as his brother, Prof Richard Nyabera Magoha, was set to be buried this Saturday after passing on in the US on December 6, 2022.

Before being appointed to cabinet five years ago, Prof Magoha served as Vice-Chancellor at the University of Nairobi (UoN) for ten years (2005 to 2015). He also served as a Professor of Urological and Transplant Surgery at UoN’s College of Health Sciences. His medical career includes work and training in Nigeria, Ghana, Ireland and the United Kingdom. He also trained in Executive Management at Stanford University.

In Nigeria, he began his career as an intern in Surgery at Lagos University Teaching Hospital  and rose to become Senior Resident and Clinical Lecturer in Surgery. He later joined UoN as a Lecturer in Urological Surgery in 1988 and rose through the ranks to become a full Professor of Surgery in 2000.