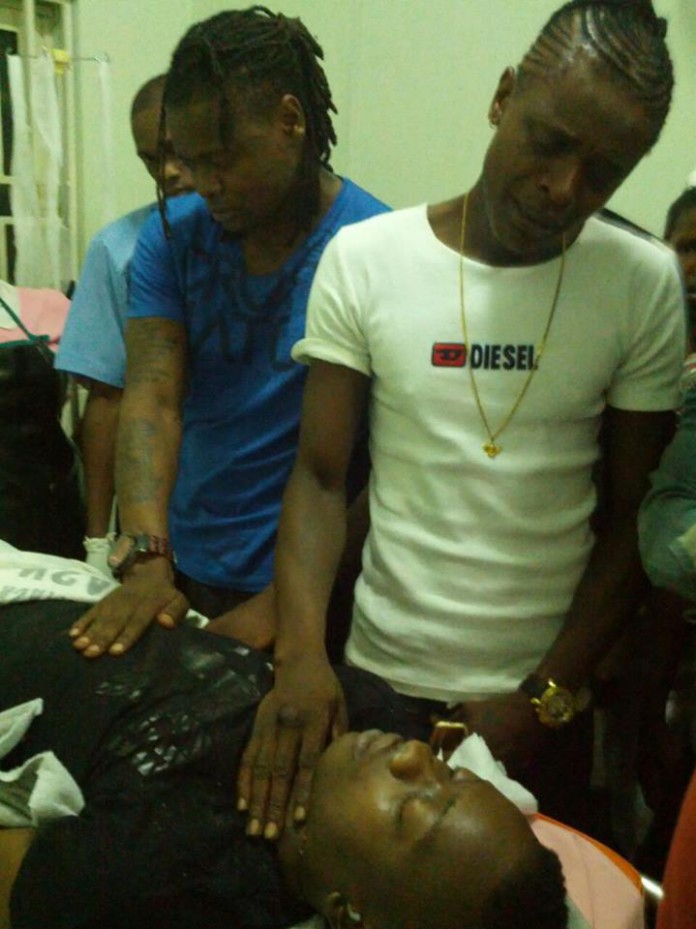 We’re now at the one year anniversary of Emmanuel Mayanja Hummertone popularly known as AK47’s death (March 16), and it’s only natural for family members, fans, and friends alike to feel nostalgic regarding the late musician.
The Mayanja family (singers Joseph Mayanja aka Jose Chameleone, Pius Mayanja aka Pallaso and Douglas Mayanja aka Weasle) have quite many reasons to be in a state of reflection: the budding dancehall artiste was their family’s last born and equally loved by the public.
According to a close source, the Mayanjas on Monday traveled to Kalangalo village, in Mityana District, where the fallen artiste was buried last year to pay their respects, ‘Okulima e Bijja’ in Luganda.
AK-47 left behind three children. His fiancé Nnalongo Margaret Kiweesi said the deceased was not settled, days to the fateful night when he met his death. He had just started constructing a house for his young family.
AK-47 died at Dejavu Bar in Kansanga, a Kampala suburb, under unclear circumstances.
Post Views: 5,119