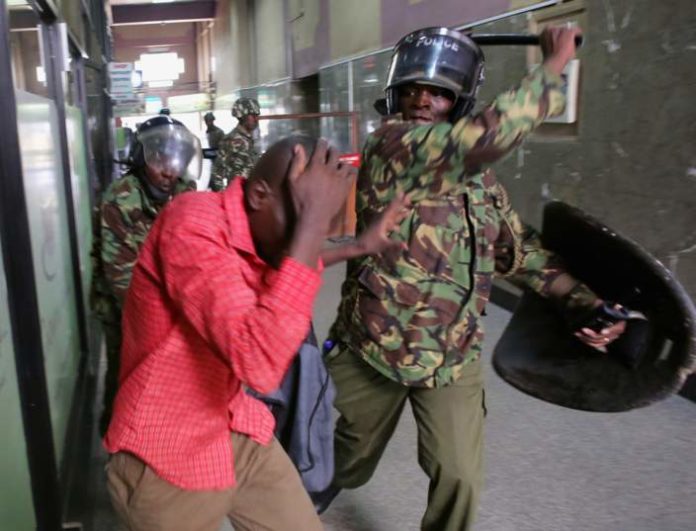 Uganda’s Police force have evidently become increasingly reliant on tear gas in response to rising political disaffection  but their Kenyan counterparts are not  any behind going by Monday’s scenes in Nairobi.

Just like how downtown Kampalans get served teargas and beatings occasionally, Nairobians also got their share as Police lobbed teargas canisters to disperse the protesters who have caused chaos in most busy streets of the city.

The protests were led by opposition leader Raila Odinga/the Coalition for Reforms and Democracy (Cord), who say polls in 2017 cannot be free and fair if the current election commission remains in place. He has called for its commissioners to be removed from office.

There are claims that Raila’s vehicle was shot at during the demonstrations but police dismissed the reports.

Kenya’s police say at least 15 people were arrested during the protest. They will be charged in court on Tuesday, police said, without specifying the charges.

Opposition groups have vowed to hold protests every Monday at the offices of the EC until it is dissolved.

Back here, leading opposition figure Dr. Kizza Besigye who is by press time booked into Uganda’s largest prison Luzira Prison in the capital, Kampala over treason charges has tried to attack the Independent Electoral Commission but without much success.

These pictures show scenes earlier on in the Kenya protest: 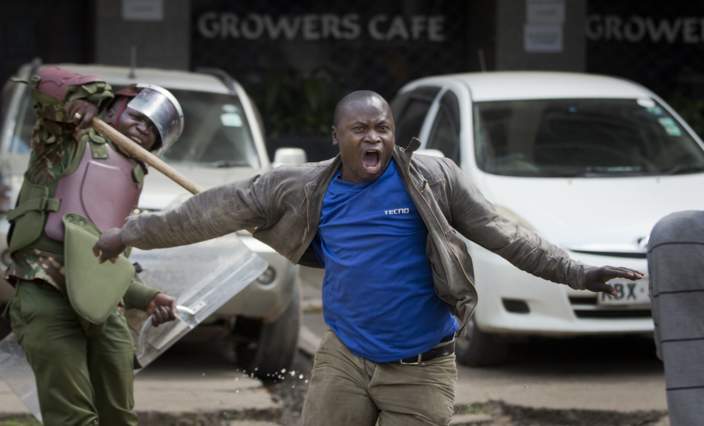