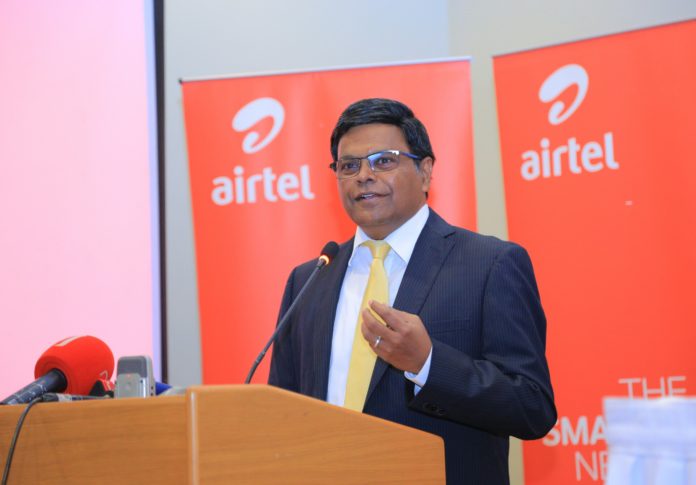 Airtel Uganda has this morning announced that is has resumed the sale of new SIM cards across select points across the country.

The announcement comes after official communication from Uganda Communications Commission to lift the ban on the issuance of new SIM cards to mobile device owners.

The company also announced an increment in the number of centres where its customers can acquire new SIM cards and replace misplaced ones. Previously, customers could swap misplaced SIM cards and acquire new ones from select service points but with the announcement, they can now do this at over 300 authorized centres which include agent locations and Airtel shops country wide.

Making the announcement, Airtel Uganda’s Managing Director; V.G Somasekhar noted that go-ahead from UCC will ease the process for its new customers who have not been able to register to the network caused by the inability to purchase new SIM cards.

“The communication from Uganda Communications Commission will allow our customers; both new and existing to get new SIM cards faster and more conveniently.

Our new subscribers across the country can acquire and register to join our network while and existing customers can replace lost SIM cards at over three hundred points countrywide. We have authorized points of distribution and Airtel shops in all regions.”

Somasekhar went on to elaborate the requirements for both SIM card acquisition and replacement.

To acquire a new Airtel SIM card, one must present an original National identity card if they are Ugandan, a passport for foreigners, refugee card for refugees.

In addition, the individual has to present a letter from Police valid for 21 days of issuance stating the loss of the SIM card for a card replacement and an existing line for a 4G swap.

New Sims, replacements and upgrades can only be done by the SIM card owner and not their representatives and they cost Shs2, 000.

He concluded by reiterating the communication company’s commitment to both its customers and regulatory procedure.