The row between ‘Pastor’ Alosius Bugingo of Makerere based House of Prayer Ministries International (HPMI) and his wife Teddy Naluswa Bugingo continues as it is alleged that she has evidence in form of Bugingo cheating on her.

This comes after Ms Teddy Bugingo made it public that the ‘pastor’ was planning to divorce her in order to marry another woman he had got from his Salt Media Company.

However, Pastor Bugingo does not agree that filing for divorce was due to marrying another woman (Susan Nantaba), but that the wife wanted to take over the church and land wrangles.

Bugingo and his wife have been married for 29 years and have four children including a 27-year-old daughter before their relationship started deteriorating in 2016.

‘Pastor’ Bugingo reportedly asked his wife for a divorce, but she declined to grant his request, because being the lead pastors in the church, she was of the view they must be an example to other married people. 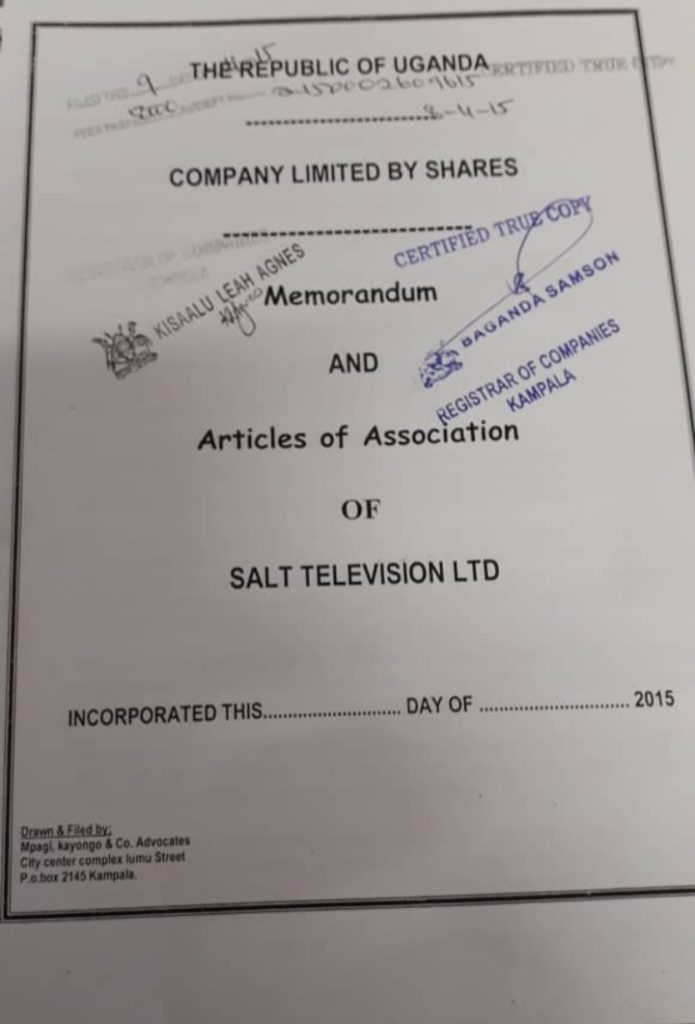 In January last year, Bugingo reportedly went home and asked the children to carry all his belongings to his car. As he was leaving, he broke the news of their separations to the children but promised to continue taking care of them since they were his. 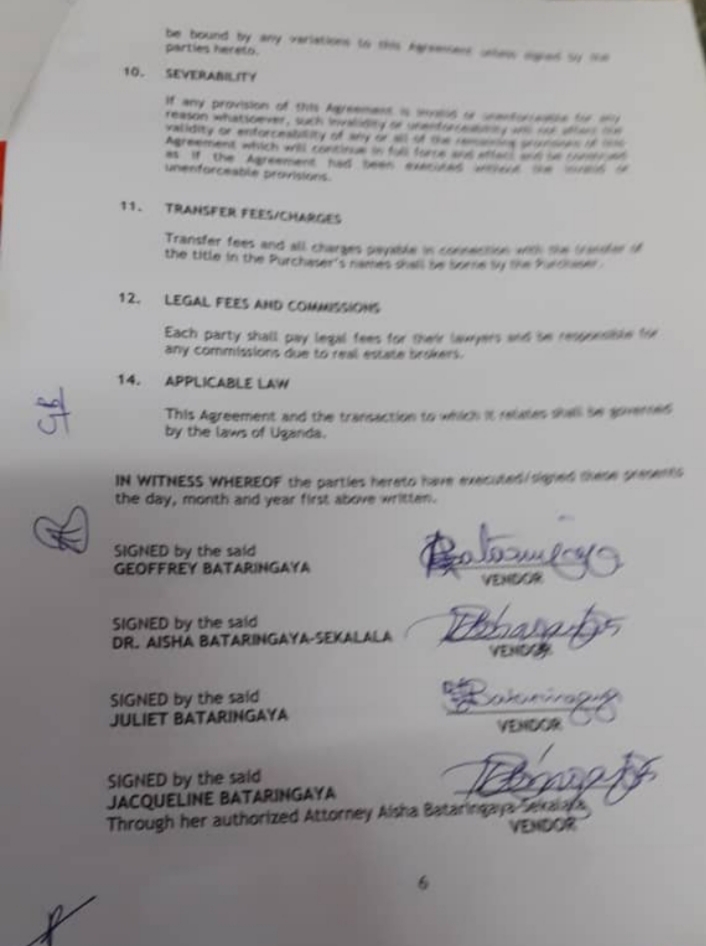 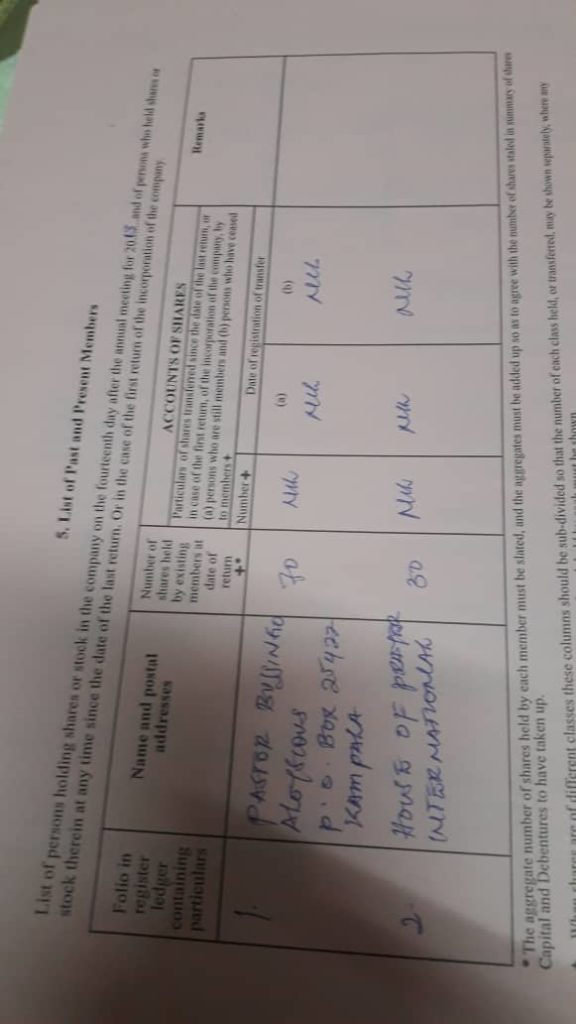 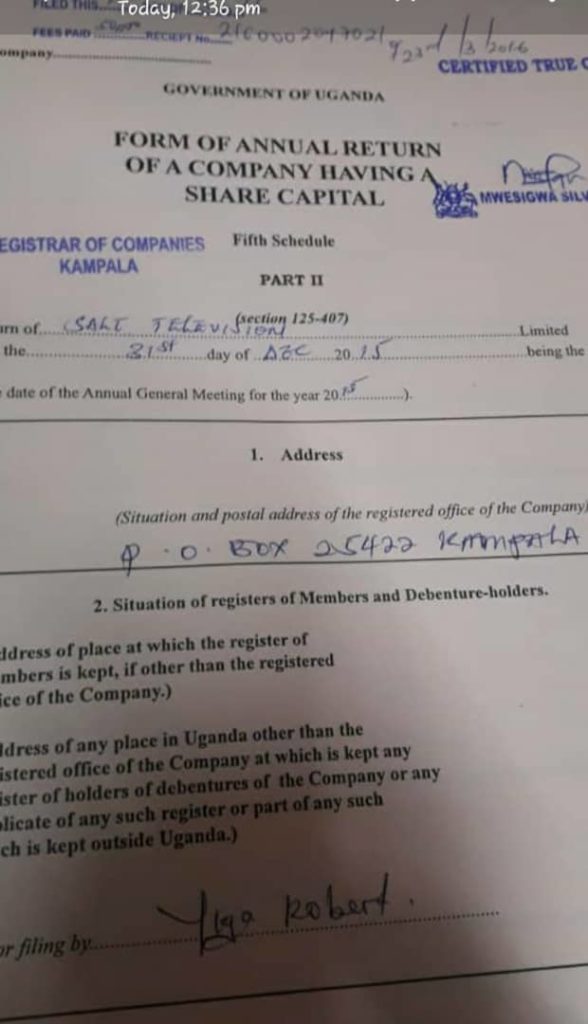 However, Eagle Online has obtained documents and photos of Bugingo of the couple which will be published at a later date but it was also alleged that Pastor Bugingo has rushed to Uganda Registration Service Bureau to have shareholdings changed on most of the properties so as to deny the wife and daughter major say.

This website was informed by sources at URSB that somebody by the name of Simon Peter Wach (in charge of Pastor Bujjingo security) went to Kajjansi police to ask details of what Ms Teddy Bugingo said in her statement.

As the row between ‘Pastor’ Bugingo and his wife rage on, Ms Nantaba has reportedly abandoned her vehicle and uses a Boda Boda of a rider called Kagame to avoid curiosity

She works at Salt media, one of the business ventures of Bugingo but has a 14 year son who is in senior one in one the secondary schools in Wakiso. This boy is from her failed marriage where she split with the father the son and even dragged him to court for child support.

Bugingo is new to controversy as has previous fought fellow pastor like David Kiganda including Dr.Joseph Sserwadda and yet Bugingo was mentored by Sserwadda at his Ndeeba Victory Centre. About two years ago, he was at condemnation by religious leaders and other christian believers for allegedly burn the Holy Bible. So forcing his 29 year wife for divorce doesn’t surprise him as he has weathered the storms.
contacted over comment over the scandal befalling his former assistant and now senior ‘pastor’, Dr. Sserwadda was none committal saying ‘I have no comment’ before he hang up.