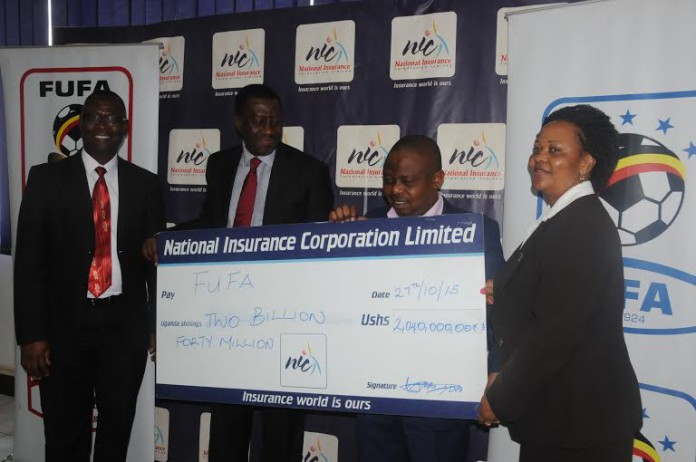 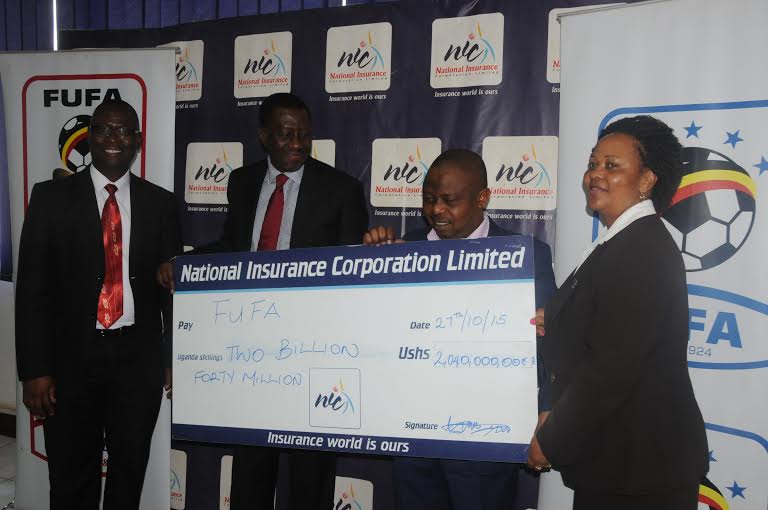 The momentous signing ceremony witnessed by the press took place today (Tuesday) at the NIC head office in Kampala and during the special press conference held at NIC boardroom, the insurance company Managing Director Bayo Folayan announced the improved sponsorship deal from the previous UgShs 660 million to UgShs 2.04 billion.

The new sponsorship will cater for the health insurance of Uganda Cranes players and officials, FUFA assets (Power generator at the FUFA Technical center in Njeru) and administration over the next three years.

“First I congratulate Uganda upon the CHAN 2016 qualification. As NIC, we are privileged to work with FUFA and the Uganda Cranes. NIC is proud of the work the federation and the players are doing”,  Folayan Said.

“The improved Insurance sponsorship is a manifestation of the good work Uganda Cranes is doing. We are mindful of the safety of our players and that is why the health insurance is a key element” added Folayan, who wished the Cranes success in the forthcoming 2018 World Cup and 2017 AFCON qualifiers.

“We are proud of NIC for the continued support towards the development of Uganda football. This improved health insurance is a bonus to Cranes players not to worry of anything as they offer the best services for their country,” an excited Mugisha told the press.

NIC is the official Uganda Cranes insurance partner; while other partners include Bidco Uganda Limited (BUL), Nile Breweries Limited and Airtel Uganda as the official sponsor.