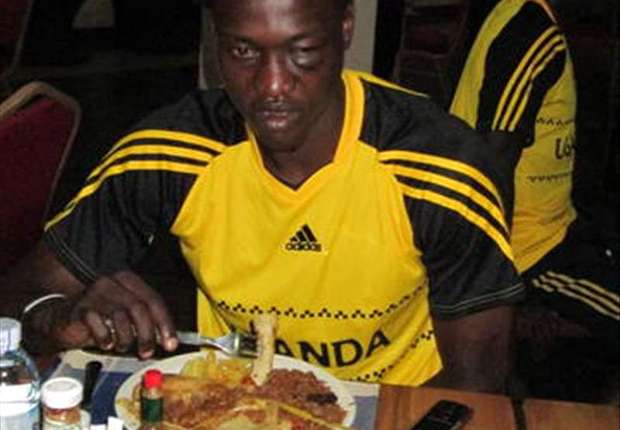 The grieving family of Bright Dhaira, a former Cranes goalkeeper will have a slight sigh of relief after the government through Fufa announced it had taken charge of preparations for the return of the remains and burial arrangements Abel Dhaira.

State House will meet all the costs of bringing back the body to Uganda while Fufa will take care of the burial and funeral arrangements in Uganda.

The federation on Monday appointed a 5 man committee to handle the programme for the return of the remains and burial of Dhaira.

Dhaira, the now former Uganda Cranes and IBV Vestmanaeyjar goalkeeper was first diagnosed with abdominal cancer at Nsambya Hospital late last year. After his condition failed to improve, he was flown back to his Iceland club, where he has been treated since before breathing his last on Sunday at an Iceland hospital.

FUFA President Eng. Moses Magogo spoke to Abel Dhaira father Bright Dhaira and is in agreement with arrangement according to the official federation website.

“Dhaira’s father is in agreement with the arrangement that will see the federation handle the logistics” said Magogo.

FUFA cautions the public that no any other individuals or groups are allowed to carry out any fundraising drives.

All arrangements are being handled by FUFA. Any further communication on this matter will be done through FUFA official channels.

He was third born in the family (Other siblings: Janet Mbakire, Dhaira Abraham)

The first Ugandan goal keeper to play in Europa League.

The best player of the 2008 season in Uganda.

The first Ugandan goal keeper to play in top league in Europe.