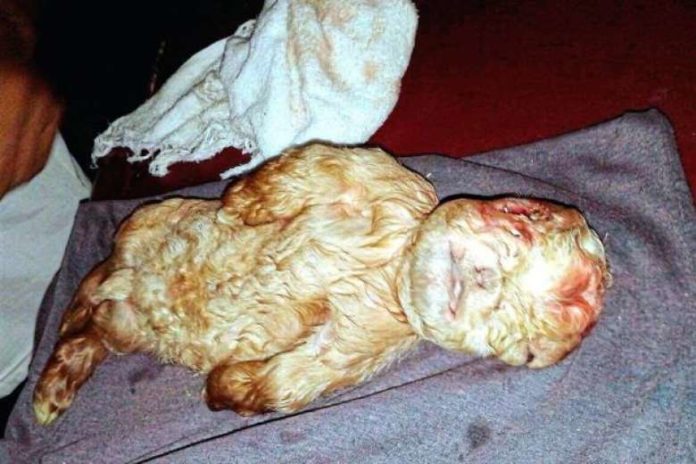 The above photo might just look like the average young one of an animal you will find on a farm, but there’s something quite remarkable about it.

That’s a carcass of a baby goat.

Don’t get alarmed because this baby goat said to resemble a human baby, has been born in Uganda but overseas in Malaysia.

The lucky or rather baffled farmer Ibrahim Basir, from Felda Sungai Mas in Malaysia’s state of Johor, said he was initially shocked when he found out that one of his goats had given birth to a kid that had the features of a human baby.

He refused offers of money from people interested in buying the carcass and instead handed the carcass to the government to enable it to carry out investigation on the strange-looking kid.

A close scrutiny according to the fascinated farmer showed that its face, nose, short legs and even the condition of its soft body seemed like a human baby, but the light brown fur covering its whole body resembles that of a goat.

He added that despite the features, the kid did not have any umbilical cord.