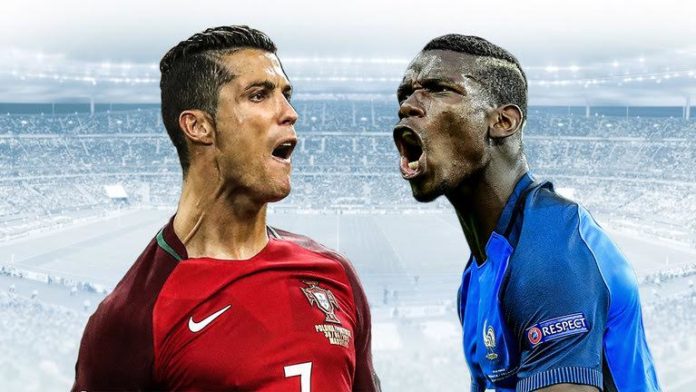 Didier Deschamps’ side will face Portugal looking to complete a hat-trick of tournament victories on home soil.

With Griezmann once more irrepressible with two goals against Germany, they will be strong favourites to do that.

Portugal had already secured their place in the final on Wednesday night with a 2-0 victory against Wales.

Portugal have lost their last 10 games against France, who in Antoine Griezmann boast the competition’s top scorer with six goals, but Portugal believe they can spring a surprise at the Stade de France.

Portugal are unbeaten in their 13 competitive fixtures under Fernando Santos (winning nine and drawing four). Eight of those nine wins were decided by a single goal.

William Carvalho is likely to return to Portugal’s starting line-up after missing their semi-final with Wales through suspension, while Pepe still struggles for fitness.

The Real Madrid defender sat out Wednesday’s night clash with a thigh injury, and trained alone yesterday in a bid to prove his fitness. Should he miss out in Paris, veteran Bruno Alves will likely start.

For hosts France there are no fresh injury concerns to trouble coach Deschamps, who has named an unchanged XI for the first for last Thursday’s semi-final.