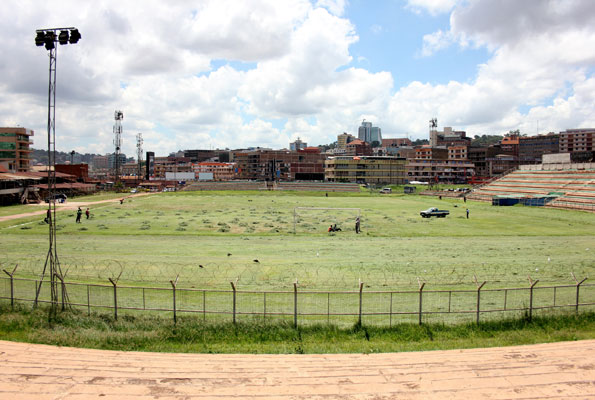 Now the Uganda Revenue Authority (URA) has closed off Uganda’s oldest stadium and has vowed not to allow any economic activity to take place there unless atleast Shs484m that had accumulated over a five year period is paid.

EagleOnline understands that since Nakivubo Stadium is a government entity, URA is not looking at selling the premises. If in the nearest future no payment plan is agreed between URA and management, the tax body will put the stadium under receivership until all the tax dues are paid.

The Stadium earns considerable revenues through hosting major national footballing events, social functions such as music shows, it acts as a private parking area during the day and it hosts over numerous retail shops.

“The management of Nakivubo Stadium failed to honor their payment plan commitments made in 2009 and again in 2013 so once they make a down payment on their tax debts, the stadium will be re-opened,” said Abdusallam Waiswa URA debt manager.

In 2013 when URA first closed Nakivubo stadium over tax arrears, the tax body forced management into entering a memorandum promising to pay up.

“They (Nakivubo) signed a MoU in 2013 when we had closed the stadium and that agreement allows us (URA) to auction some of the property and recover their money,” he added.

Officials back then indicated that Nakivubo management has issued 12 posted dated cheques since the year 2011, and that 10 cheques have bounced to date. Only two cheques worth sh10m were successful.

Going forward, the tax body says Nakivubo stadium is no off limits for the public.

“Our law enforcement officers will keep an eye on the facility to stop any trespassing,” Waiswa threatened.

The highly valued sports facility of considerable historical import has since been turned into a modern shopping mall after President Museveni in March 2015 directed the Ministry of Education and Sports to handover Nakivubo stadium to Mr Hamis Kiggundu an investor for redevelopment.

However, the President suggested a Public-Private-Partnership with ’s Ham Enterprises (U) Ltd whose discussion “must not include a permanent alienation of the stadium from ownership by government”.

Not even a single improvement on the besides the shops and lockups has been put up since.

It should also be noted that Nakivubo has however been in sorry state to the extent that “FIFA banned it from hosting international matches”.