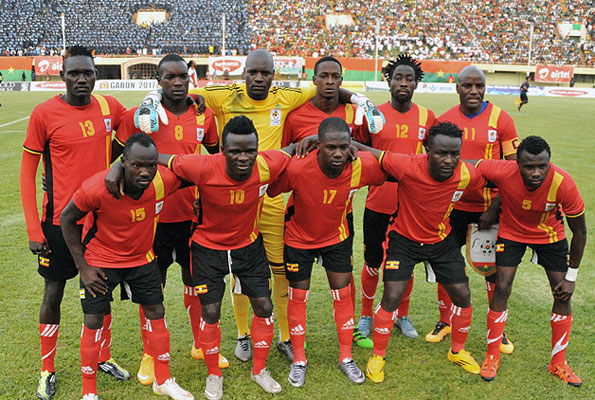 The Uganda national football team will share a bonus of about Shs1 billion for qualifying for 2017 African Cup of Nations finals in Gabon, as Micho Sredojevic’s squad look to break a 39-year jinx, a local soccer governing body insider, has  said.

The Cranes are favourites to defeat South African minnows Comoros in their last  Afcon qualifying match at Mandela National Stadium Namboole on September 3.

Micho’s men will go all out for victory and triumph for Group G leaders Burkina Faso over Botswana on September 3 will leave both victors on 13 points.

But, should things fail to work out, there is also hope for the Cranes to qualify as one of two best second-based teams. After the last round of games, Tunisia top that race with 10 points (+10 goal difference). That was after Liberia, who earlier edged Tunisia 1-0, drew 2-2 with Togo to top Group A. Benin, eight points and a game in hand, are the other threat to Cranes.

Should Uganda go on to clinch what would be their first continental appearance since 1978, it would trigger Fufa bonus payment of Shs 759,000,000 to be shared between the 23-man squad on a pro-rata basis, equating to a bonus of Shs33,000,000 for any player who will be in the match-day squad at Namboole.

Uganda Cranes technical crew including the head coach, his assistants, team manager and the two medical officials would be in line for a total payment of Shs150, 000,000 if Uganda were to clinch qualification in the first week of September– a total Fufa payout of Shs909, 000,000.

The latest pay agreement dispenses with previous rewards for one-off victories, with an increased match fee reflecting the desire to reward sustained success, were on Tuesday presented to representatives of President Museveni’s advisor on security Gen Caleb Akandwanaho aka Salim Saleh by Fufa president Moses Magogo, accompanied by Sports Minister, Charles Bakkabulindi and NCS officials. Overall, Fufa reportedly tabled a Shs3b budget to government to prepare the team for the match.

Fufa’s payment structure for the Comoros match contrasts the previous match payouts: $2000 (away), $1000 (away draw) & $500 (home). However, the insider said players and officials have been forced to sign MOUs before games not to disclose how much and when the payments are to be made.

Even with questions about accountability at Fufa House, President Yoweri Museveni gave Shs771m to Cranes last year ahead of their 1-0 away win over Comoros and another cash donation of Sh300 million for their away encounter against Burkina Faso in March (2016).

In fact for the Comoros away win, Fufa Financial Director Decolas Kizza boasted in the media about giving out a rare additional $500 on top of the mandatory $2000.

Fufa publicist, Hussein Ahmed when contacted about the matter told EagleOnline that the federation was currently engrossed in preparing for the Cranes versus Nakasongola Select charity match to be played this Saturday at St Lawrence Primary School in Migyera, Nakasongola and would communicate officially about the Comoros bonus bonanza at the right time.

“The Inspector General of Police General Kale Kayihura has also joined the CSR activity by asking his team to provide enough security for this match,” Mr. Hussein added.

Meanwhile, coach Micho, who returned on Tuesday from holiday, took time to name his squad after thorough consultations with clubs that provide the players.