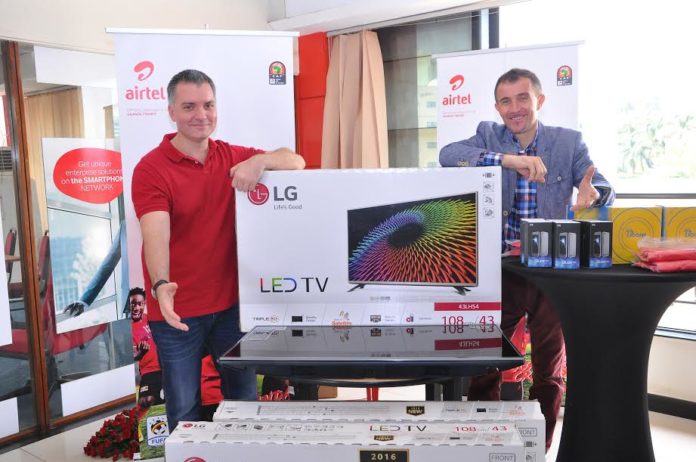 Airtel Uganda, the number one supporter of Ugandan football, has today launched “Tulumbe AFCON”, to build up support for the National football team, the Uganda Cranes as they head to the 2017 AFCON tournament in Gabon.

“Tulumbe AFCON”, will give Airtel subscribers a chance to win TV sets, brand new smartphones and Uganda Cranes jerseys. The ultimate prize however, will be tickets to watch the game live in Gabon.

“A few months back, Uganda qualified for the 2017 AFCON tournament. This is a milestone that was heavily anticipated by the entire country. As the official sponsor of the National team, we are still in awe of what this team managed to achieve. And, it goes without saying that the presence of the tens of thousands of Ugandans, who showed up to Namboole on that day and gave our team the morale to create history,” Anwar said. 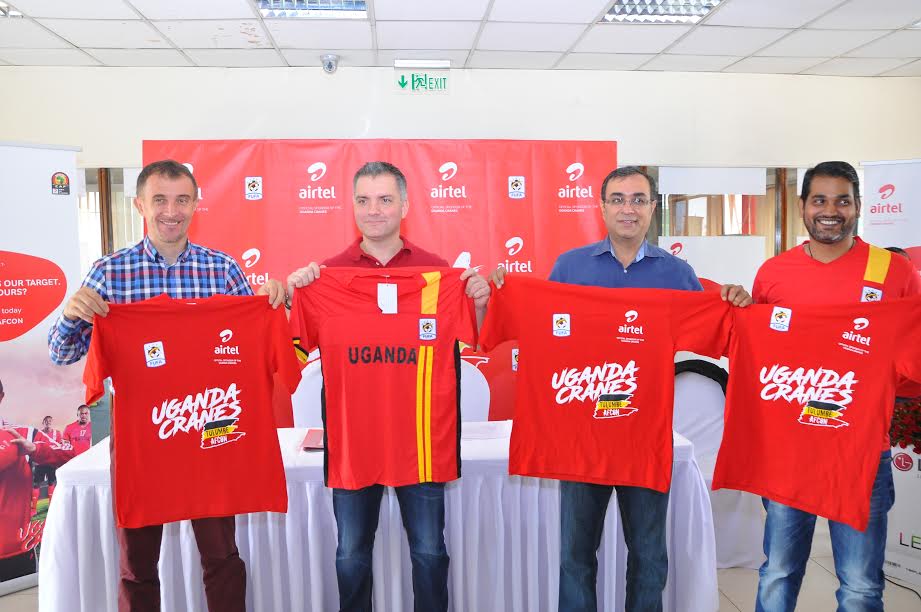 “Tulumbe AFCON” is us keeping our promise- both to the Uganda Cranes and the rest of the country, to support our nation’s football in every capacity, while making sure that our subscribers remain at the heart of this promise.

Also present at the press conference was Indrajeet Kumar, Airtel Uganda’s Marketing Director who explained the dynamics of the campaign, “This campaign will simply require Airtel customers to recharge their airtime. To take part in the new campaign, Airtel Uganda subscribers will have to opt in by dialing *162#. This will allow them to know their target. They will then be required to recharge and meet their individual target. Upon reaching the targets, subscribers will receive 100 per cent bonus, which, on accumulation, will be rewarded to them as airtime to be used for voice (prepaid), data and SMS.”