The Uganda Premier League has been ranked at 24th in Africa in the last decade by Euro Top Teams.

The ranking was done based on points accumulated by the clubs from respective countries in CAF’s inter-clubs club competitions until February 2019.

Within the last decade, Uganda has had SC Villa, Vipers SC and KCCA FC taking part in the continental competitions. KCCA made the group stages of the CAF Champions League and CAF Confederations Cup in that period. 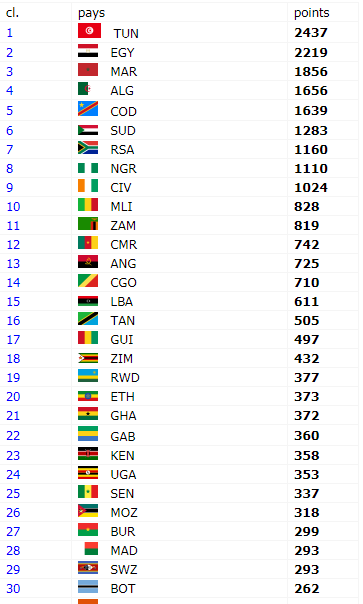 This has seen Uganda earning 353 points and lying 24th out of the 55 African leagues.

The list sees the Tunisian Ligue 1 topping all other leagues on the continent.

Egypt Premier League is in the second place with Morocco, Algeria and DR Congo following in that order.