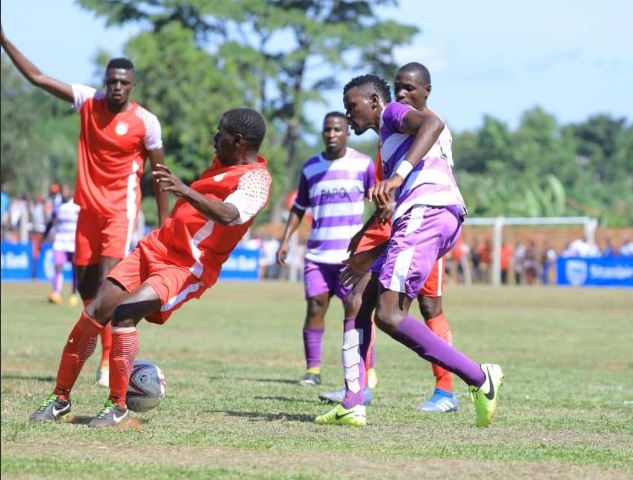 The 2018/19 Fufa Big League playoffs for the last slot of joining the 2019/20 StarTimes Uganda Premier League get underway on Thursday 16th May at the StarTimes Stadium, Lugogo.

UPDF FC will take on Kansai Plascon while Kyetume FC will face Dove FC in the quest for who gets the chance of joining Wakiso Giants and Proline.

The final will be played on 18th May 2019 to determine the third team that makes it to the top flight this season.

The FUFA Big League was started in 2009 as the second tier of Ugandan football and three clubs are promoted each season to the Uganda Premier League.

The two will face off on Saturday at the StarTimes stadium to find out the overall winner of the Fufa Big League after the promotional play-off final.

The other four, those that finished second and third in both groups are engaged in a promotional play off.

Ndejje University FC, Nyamitobora FC and Paidha Black Angels SC are the three clubs that were relegated from the 2018/19 Uganda Premier League and will play in the Fufa Big League next season.