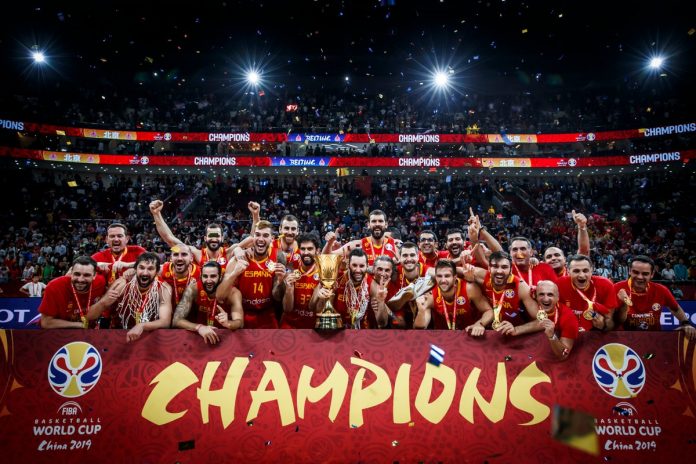 Argentina were down big in the opening quarter. Gasol’s good defensive work on Scola, plus Ricky Rubio’s relentlessness as a threat to score and pass to a team full of players ready to put points on the board, opened up a 14-2 run in the first quarter.

Argentina stormed back with 11 straight points, but Spain then re-established their lead after going on a 17-1 run. In the third quarter, the Spaniards kept the pressure on and even though Argentina fought hard, there was no coming back against this focused squad.

Facundo Campazza had some exciting plays early but never managed to break loose in the scoring column, and Scola never got going in any way. The scoring fell to the likes of Gabriel Deck, who managed to break open for some fast break dunks, and Nicolas Laprovittola added 17.

However, Spain put six players into double figures, led by Rubio, who managed 20 points with 7 rebounds and 3 assists. It proved that he can still be a reliable point guard on an important team after largely being played out of the NBA conversation in recent years.

United States and Serbia were the overwhelming gold medal favorites going into the tournament but were quarterfinal victims to France and Argentina respectively.

Seven teams – Argentina, Australia, France, Iran, Nigeria, Spain and the United States – qualified for the 2020 Olympics in Tokyo by finishing as the top (or second-best) teams in their regions at the World Cup.

As the host nation, Japan has also qualified. The other four entrants will be determined by qualifying tournaments early in the summer of 2020.