The 2019/20 UEFA Champions League round of 16 draw was held on Monday 16th December in Nyon, Switzerland.

Holders Liverpool will entertain Spanish side Atletico Madrid while Spurs on the other hand are up against RB Leipzig. 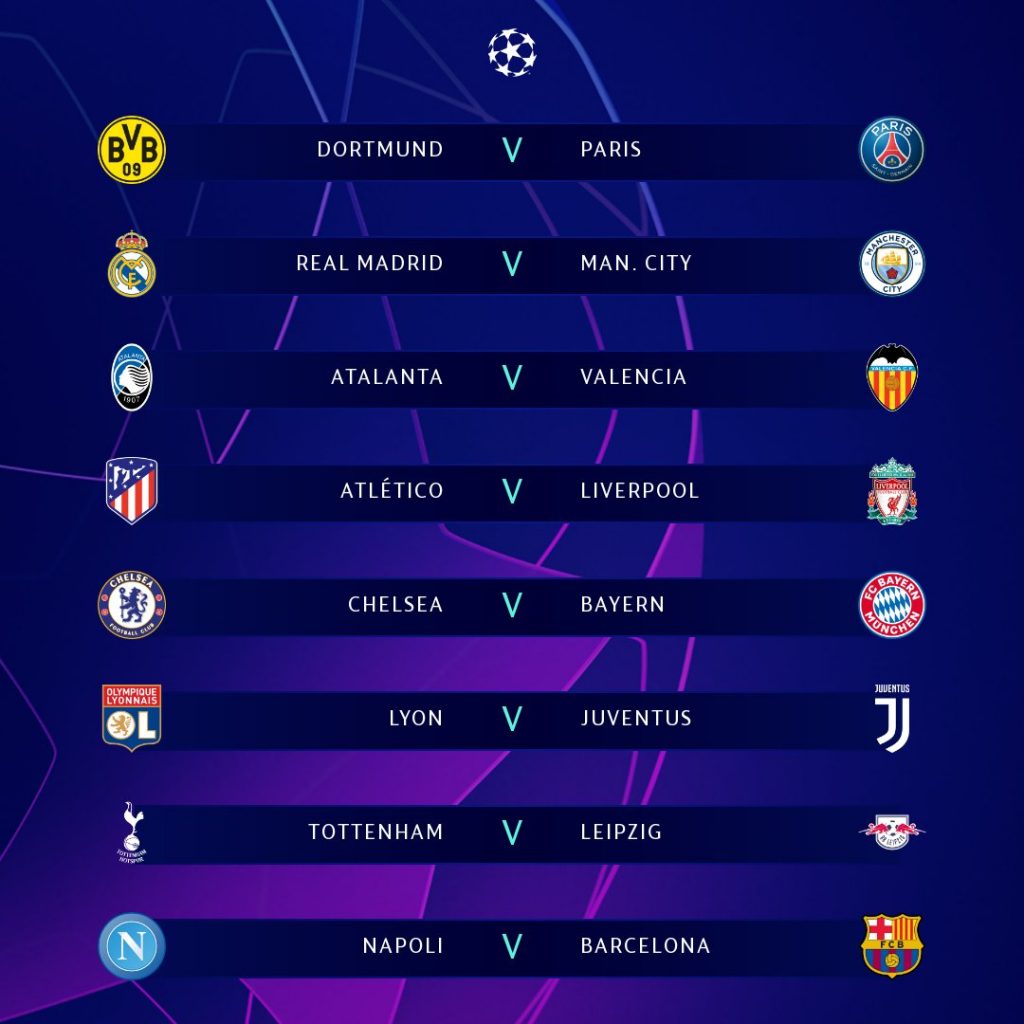 The quarter-final draw is set for 20 March.

This season’s final is on 30 May at the Ataturk Stadium in Istanbul, the ground where Liverpool won the epic 2005 match against AC Milan.