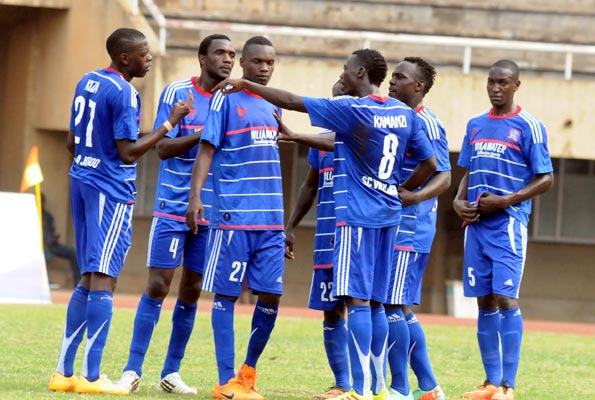 Sixteen-time Ugandan champions, SC Villa, will have to fork out Shs300,000 for their fans’ indiscipline, Azam Uganda Premier League (UPL) secretariat has ruled.

The said acts of indiscipline are alleged to have been committed by a section of Villa fans at a league game between Vipers and Villa on Friday, April 1, 2016 at Buikwe Stadium.

“SC Villa fans threw stones on the field of play which resulted into the match being halted for about three minutes,” reads in part a communication signed by the league CEO Bernard Bainamani.

“The same fans had earlier forced themselves into the stadium without paying entrance fee. This was not the first time SC Villa fans forcefully accessed the stadium.”

The same act was observed at Mandela National Stadium, Namboole when SC Villa played The Saints on December 4, 2015 in the first round of the league.

The league secretariat, pursuant to Article 33(2) (b) of Fufa Competitions Rules, has, therefore, decreed that SC Villa be fined “300UAs (Shs300,000), which should be paid before their next AUPL match.”

The UPL Secretariat also warns SC Villa in particular, and other clubs in general, that should their fans indulge in the acts of violence and hooliganism again, sterner sanctions will be meted out.