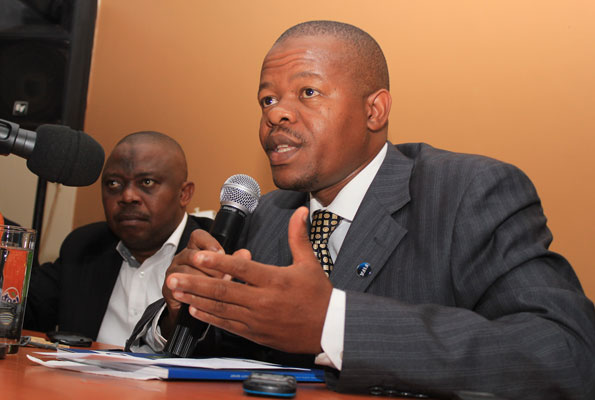 This test is aimed to help find out if a player is involved in the game under the influence of prohibited substances like drugs.

The aim is to raise awareness among young athletes, coaches, doctors, trainers and parents about the dangers and consequences of drugs to a person.

All Ugandan football players in the country are supposed to abide with the condition will undergo a doping test before the 2016/17 season starts regardless of the level of the game.

Fufa partnered with the National Anti-Doping Agency (NADA) together with the Uganda Olympics Committee (UOC) to get the equipment and technically qualified persons to run the campaign through checking a player’s blood, urine and saliva.

Players participating in Futsal, Beach Soccer, Women Football and at all levels of football MUST also  all comply positively with the condition that has been set and that will happen when next season commences.

The major reason for the exercise is to protect the physical strength, health of the players and make the game an equal and fair one in addition to keep them mentally sound.

Successful players found innocent will then be granted the license and accepted to play for their clubs whereas any player found guilty will be subject to a punishment by law.

Doping is regarded to as cheating. Respect your team-mates and your sport, but most of all respect yourself. Stay clean and keep football free from doping.

This will help send a clear message to the football community and young athletes in the country.