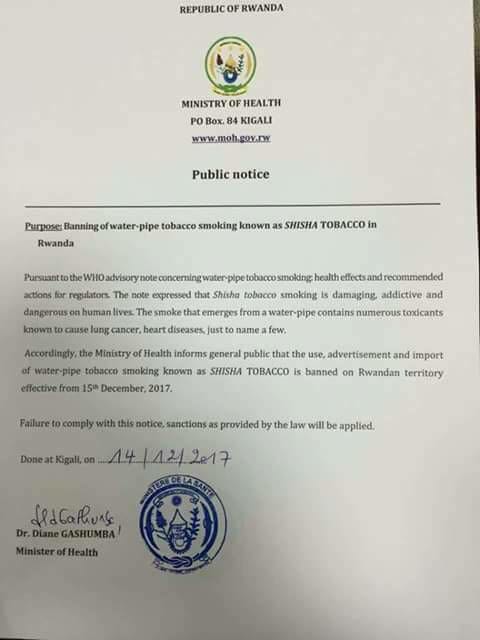 The government of Rwanda has banned the ‘smoking’ of Shisha, saying it is dangerous to human life.

In a ‘public notice’ issued December 15 by the Minister of Health Diane Gashumba, she said the smoke inhaled from Shisha smoking lung cancer and heart diseases.

‘The Ministry of Health informs (the) general public that the use, advertisement and import of water-pipe tobacco smoking known as Shisha Tobacco is banned on Rwandan territory effective from 15th December, 2017. Failure to comply with this notice, sanctions as provided by the law will be applied,’ Dr. Gashumba wrote.

Shisha-smoking in the East African region has taken on endemic proportions, with many governments including that of Uganda trying to ban it.