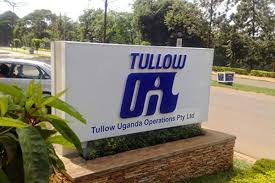 On August 29, 2019, Tullow announced that its attempt to sell to Total and CNOOC, 22 percent of its stake in the Uganda’s oil wells, had been terminated. It appears now the termination of the transaction due to the elapse of the set timeline, indefinitely suspended the next phase in Uganda’s oil journey: production and exportation.

Meanwhile, anticipating that US$20 billion was going to be invested in oil production soon, nearly 1000 Ugandan business had registered in the National Oil Suppliers Database (NSD), getting ready to get some of that business. Now, many of these would be subcontractors, have started counting losses and are castigating government, for allegedly failing the deal.

An executive at E360 Group, a civil engineering firm with interest in mining and quarrying, said the company has already invested Shs110.4 billion in preparations but so far earned only Shs1 billion as revenue from the sector. There are fears that the current uncertainty in farm down talks could create losses and a slow down. “Big companies are not committing,” the executive said.

For John Magara, a partner in Globo Chemicals Uganda, the derailed farm down negotiations has left him in the state of confusion. He is not even sure his company will recover about Shs7.7 billion already sunk in preparatory activities for oil and gas sector.

Meanwhile managers at  PROESS Limited, a manpower training company say are concerned of the likelihood OF the Final Investment Decision (FID) for the construction of the oil pipeline taking too long, the joint partners-CNOOC and Total, having pulled out. “FID should be signed very fast,” they argue, blaming government for the collapsed farm down tax talks.

FID is the Final Investment Decision that the oil companies (Tullow Oil, CNOOC and Total E&P) will make, once they are sure they have the money and favourable terms needed to construct a US$3.5 billion oil pipeline from Hoima to Tanga in Tanzania, and to drill for the oil. Tullow doesn’t have the money it needs to fund its part of this next phase. In the transaction which fell through, the Irish company was trying to sell some its shares in oil wells for US$900 million to Total and CNOOC. It expected to get US$200 million cash and the remaining US$700 million would be reinvested by Total and CNOOC in the development phase. However, they don’t seem to agree with the Uganda Revenue Authority on how much to pay in taxes for this transaction and whether or not they can claim that money back, when oil production starts, since much of the money is going to be re-invested.

Government is determined to get as much taxes on this transaction as possible. It would replenish the Petroleum Fund (PF), from which government has already used more than 60 percent (Shs325b) of the money put into it since March 2015 when it was established. Most of this money has been spent on building oil well roads but some of it on funding the general national budget.

The current situation means the local sub-contractors will have to wait much longer as the major players iron out their differences. Some experts say it will now take a longer period for Uganda to produce its first oil, even though the target is 2022-23.

Officials at Tullow when contacted said they are in the process to restart tax negotiations with government. “Tullow has now initiated a new sales process to reduce its 33.33% Operated stake in the Lake Albert project,” they said even though officials in the Ministry of Energy and Mineral Development were coy about direct answers.

The company adds that technical work on the development and the upstream pipeline is well advanced and that the Joint Venture Partners had been targeting reaching FID by the end of 2019, “but following the termination of the farm-down agreement with Total and CNOOC, a further delay is likely.” 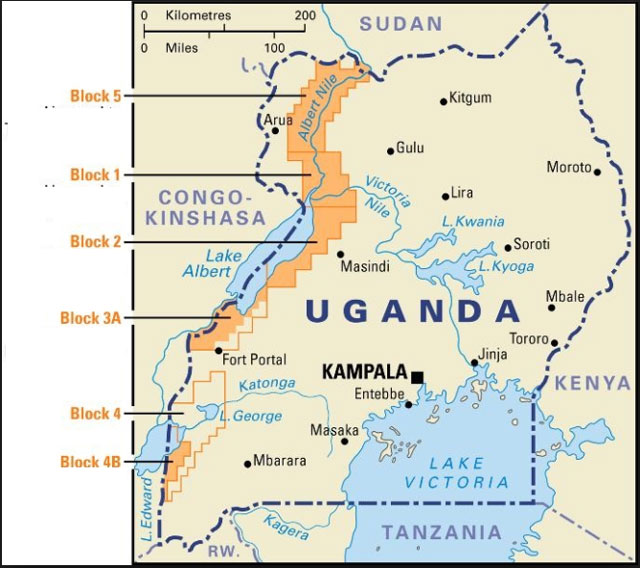 Denis Kakembo, a partner in Cristal Advocates who has been involved in tax negotiations between government and oil companies, says taxation is contentious, adding risk is very high in the oil and gas industry.

Kakembo blames government for not providing an enabling tax regime to oil companies that have already sunk in millions of dollars in capital investments. “The current tax regime is anti-farm outs,” he says, urging government to accept the money that the oil companies are offering as appropriate tax.

Uganda Revenue Authority issued Tullow with an assessment of US$167.8 million in Capital Gains Tax arising from the sale of Tullow’s interests to Total and CNOOC in EA1, EA1A, EA2 and EA3A.

Meanwhile International Monetary Fund (IMF) officials, who were in the country days ago, opined that a delay in oil sector investments, could weigh on economic growth, which is currently trending at 6 percent.

Axel Schimmelpfennig who led the IMF team said:  “Growth could remain at around 6 percent in 2019/20, if oil investments are not significantly delayed.”

The Minister of Energy Eng. Irene Muloni says plans are underway to invite Tullow, Total and CNOOC for a meeting, “so that Government gets to know the exact reasons why they are taking such decisions. Once Government is informed of the reasons of suspension, then it will engage them with an ultimate goal of having oil and gas production soon in the country.”

Eng. Muloni agrees that the expiry on August 29, 2019 of the SPAs and the announcement of commencement of suspension of various activities that were being undertaken by the international oil companies’ contractors and sub-contractors, have created anxiety among many stakeholders including the media, civil society organisations, business community and the general public.

“Government is fully aware that, the above developments affect the taking of the Final lnvestment Decision (FID) which were expected late this year and/or next year. The FID would give way to the Engineering Procurement and Construction (EPC) phase of the projects that would be characterised by the award of contracts to providers of the required goods and services for construction of the facilities. Failure to take FID affects our obligations with the developers of the Refinery who cannot proceed with the development without certainty of crude oil availability,” the minister says.

Once the Final Investment Decision is made, there will contracts and sub-contracts in relation to: the East African Crude Oil Pipeline (EACOP) that is supposed to transport crude oil from the export hub (delivery point) in Hoima in Uganda to the port of Tanga in United Republic of Tanzania); The Tilenga Project, which includes the Central Processing Facilities, the drilling pads, flowlines located in Buliisa and Nwoya Districts and The Kingfisher Development Area (KFDA) which will include the Central Processing Facilities, the drilling pads, flowlines in Kikuube and Hoima districts.