Top commanders of the UPDF are in Bombo, the headquarters of the Land Forces, to elect their 10 representatives to the 10th Parliament.

The spokesperson of Land Forces, Maj Stanley Malisaba said the elections will be conducted by the Independent Electoral Commission (IEC) starting at 3pm.

“The nominees will be presented before the Army Council and thereafter elections will be held,” he said.

President Museveni is expected to chair the Army Council meeting and later read out the names of the nominees before voting begins. 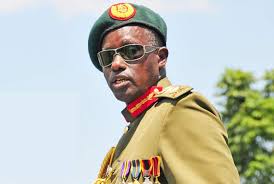 By press time EagleOnline had not managed to get the names of the new UPDF nominees.